The US National Academy of Sciences and Britain's Royal Society have said there was a clear consensus that climate change is real and will have serious disruptive effects on the planet.

The academies said they were making the joint declaration in hopes of moving the public debate forward on the question of how the world responds, instead of whether climate change is happening.

"It is now more certain than ever, based on many lines of evidence, that humans are changing the Earth's climate," the joint publication said.

"The atmosphere and oceans have warmed, accompanied by sea-level rise, a strong decline in Arctic sea ice, and other climate-related changes."

The academies cautioned that science inherently cannot settle every detail and that debate remained on some specifics, including how much climate change is linked to extreme weather events.

However, it said scientists were "very confident" that the world will warm further in the next century and that a rise by just a few degrees Celsius would have "serious impacts" that are expected to include threats to coasts and food production.

Amid a bitter winter in several parts of the world, the academies stressed that global warming is a "long-term trend" and that day-to-day weather can still be unusually cold or warm.

The Intergovernmental Panel on Climate Change, a United Nations-backed group of scientists, said in a report in September that it was more certain than ever that humans were causing rising temperatures and that heat waves, droughts and other threats would intensify.

But there has also been a backlash, including in the US where industry-friendly conservative lawmakers have questioned the science as they oppose laws to curb carbon emissions blamed for climate change.
A separate study released in Washington by the Global Legislators Organisation, a London-based global group of lawmakers focused on development, found that legislation was "progressing at a rapid rate" around the world. But it also pointed to reversals, including efforts by Australia's new conservative government to roll back a carbon tax.

The group said national legislation was vital to reaching a UN-backed goal of sealing a new treaty on climate change at a 2015 meeting in Paris. The report found that 61 out of 66 countries studied had passed laws to promote clean energy. 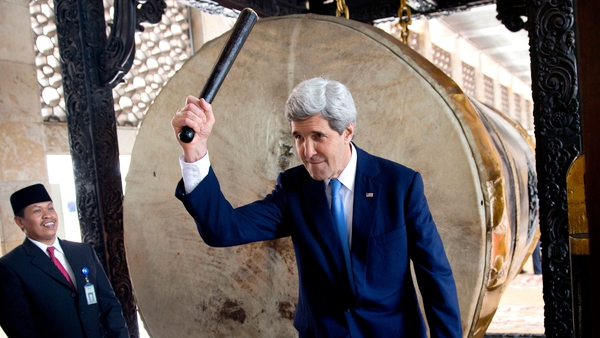