Uganda has shrugged off foreign aid cuts and international criticism of its tough new anti-gay law, saying it could do without Western aid.

"The West can keep their 'aid' to Uganda over homos, we shall still develop without it," government spokesman Ofwono Opondo said in a message on Twitter.

On Monday, President Yoweri Museveni signed a bill into law which holds that "repeat homosexuals" should be jailed for life, outlaws the promotion of homosexuality and requires people to denounce gays.

The signing of the law came despite fierce criticism from Western nations and key donors, including US President Barack Obama, who has warned that ties between Kampala and Washington would be damaged.

US Secretary of State John Kerry yesterday compared the "flat-out morally wrong" and "atrocious" law to anti-Semitic legislation in Nazi Germany or apartheid in South Africa.

Diplomats and rights groups had pushed Mr Museveni, already under fire from key Western donors over alleged rampant graft and for stifling opposition groups and media, to block the legislation.

Mr Museveni already warned Western nations not to meddle in the east African nation's affairs, and that he was not afraid of aid being cut, in a blunt speech after signing the law.

Some donors were quick to punish Kampala by freezing or redirecting aid money, while Sweden's Finance Minister Anders Borg, who visited the country on Tuesday, said the law "presents an economic risk for Uganda".

The Netherlands froze a €7m subsidy to Uganda's legal system, while Denmark and Norway said they would redirect around €6m each towards private sector initiatives, aid agencies and rights organisations.

But Mr Opondo said Uganda's government was not worried.

"Western 'aid' to Africa is lucrative and (a) profitable trade, they cannot cut off completely," Mr Opondo said.

The passing of the bill was largely a popular move in Uganda, where Mr Museveni, in power for 28 years, faces re-election in 2016.

But opposition leader Kizza Besigye has accused the government of using homosexuality as an issue to divert attention from domestic problems.

"Whenever there are some controversial issues in the country, it is brought up and everybody talks about homosexuality," he said, pointing to "scandals of corruption" as well as Kampala's military backing of South Sudan's government against rebel forces. 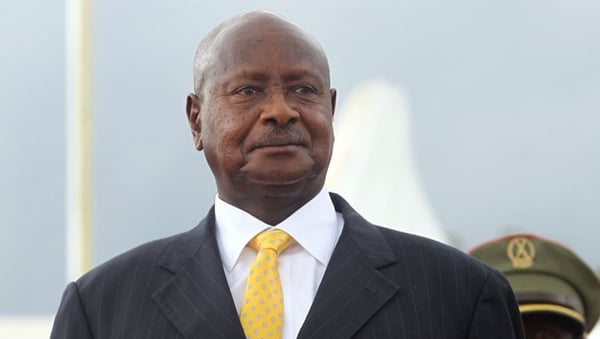