The 57-member Organisation of Islamic Cooperation has condemned as a "dangerous escalation" a debate by Israel's parliament on allowing Jewish prayer at Jerusalem's sensitive Al-Aqsa mosque compound.

OIC Secretary General Iyad Madani described the move as "a dangerous and unprecedented step that comes as part of Israel's racist policy ... aiming to Judaise Jerusalem".

Urging world action against Israel, Madani warned that "this dangerous escalation provokes the feelings of the whole Muslim nation".

The Al-Aqsa compound, which lies in Israeli-annexed east Jerusalem's Old City, is a flashpoint because of its significance to both Muslims and Jews.

The Knesset yesterday began a debate called by rightwingers to demand that Israel end its practice of forbidding Jewish prayer at the compound.

In a motion which was not put to a vote, MP Moshe Feiglin, a hardline member of Prime Minister Benjamin Netanyahu's Likud party, said Israel's fear of igniting Muslim rage amounted to discrimination against Jews.

"Any terror organisation can raise its flag there [but] there can be no trace of the Israeli flag," Feiglin told the Knesset. "Only Jews are forbidden to pray at this place."

Jews now pray at the Western Wall plaza below the compound.
OIC chief Madani insisted that Al-Aqsa is a "red line", warning that "such acts not only threaten the peace process but security and stability in the whole region."

Israeli police yesterday clashed with stone-throwing Palestinian protesters at the compound ahead of the Knesset debate.

Sitting above the Western Wall plaza, the compound houses the Dome of the Rock and Al-Aqsa mosque - Islam's third-holiest site.

It is also Judaism's holiest place, being the site of the first and second Jewish temples. 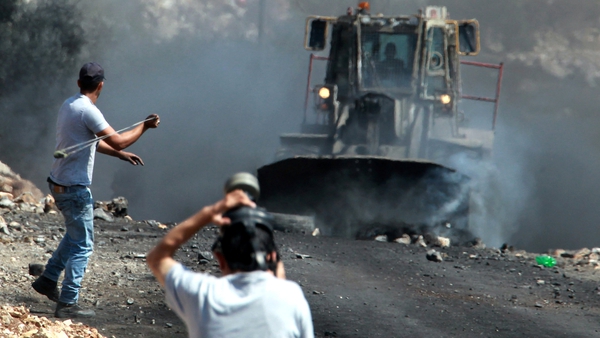