Research conducted in nine European countries, including Ireland, has identified a link between the number of nurses employed in a hospital and patient deaths after common surgical procedures.

The study in the British medical journal The Lancet found that better education and better staffing of nurses reduced the number of patient deaths.

The Health Service Executive said the study showed that nurse staffing and education levels varied widely between countries and between hospitals in each country.

The executive said it invests heavily in post-graduate training, with over 8,700 nurses graduating from courses since 2008.

It also said Ireland was one of the first countries in the world to promote an all-graduate nursing profession.

Data from 300 hospitals in nine countries showed that every extra patient added to a nurse's workload increases the risk of death within a month of surgery by 7%.

The situation is made worse by employing poorly-qualified nurses, the research showed.

When nurses had university degrees, this went a long way towards making up for reduced staffing levels.

A 10% increase in the proportion of nurses holding a bachelor degree was associated with 7% lower surgical death rates.

Spain appeared to have the most overworked staff, with an average 12.7 patients per nurse.

However, every nurse in Spain had a bachelor degree at the time the data was collected in 2009-10. In Ireland, that figure was 58%.

Professor Linda Aiken, from the University of Pennsylvania School of Nursing, who led the research, said: "Our findings emphasise the risk to patients that could emerge in response to nurse staffing cuts under recent austerity measures, and suggest that an increased emphasis on bachelor's education for nurses could reduce hospital deaths."

Researchers compared nurse workload and education and patient outcomes, taking into account a number of factors that could influence the result.

These included the age and sex of patients, types of surgical procedure, chronic conditions, and the kind of technology available in a hospital.

The overall percentage of surgical patients who died within 30 days of admission was low, ranging between 1% and 1.5% per country.

A professor from the School of Nursing at DCU said that hospital managers must be aware of the effect that an increase in the nurse-patient ratio can have on the standard of care patients receive.

She said in the intervening period since it was carried out, 5,000 nurses have been lost from the health service, despite no decrease in demand for care.

"One would have to assume having lost 5,000 nurses out of the health service, with no change in demand for hospital care and a changing demographic that the nurse patient ratio has deteriorated in the interim period."

General Secretary of the Irish Nurses and Midwives Organisation Liam Doran said the study provides evidence that the current Government policies are flawed.

Mr Doran said: "There must be immediate actions taken to create and maintain proper safe nurse to patient ratios in all areas of our health service.

"This major report confirms that patients benefit from the existence of adequate nurse to patient ratios and patients must always come first." 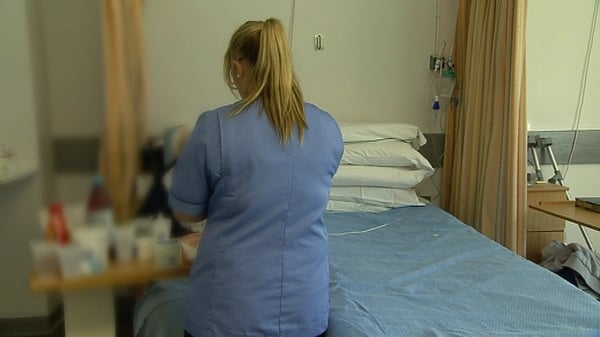