The protest in the Kadikoy district of Istanbul came after Turkish Prime Minister Tayyip Erdogan accused political enemies of faking a recording of a phone conversation suggesting he had warned his son to hide large sums of money.

Mr Erdogan has accused political enemies of shameless fabrication of the recording, which was allegedly made on the day police raided houses in a graft inquiry into his government.

In a dramatic session of parliament after the 11-minute audio tape was posted on YouTube, Mr Erdogan said his political enemies had penetrated encrypted state communications.

He did not name the opponents but made it clear he was talking of a network run by a former ally, Islamic cleric Fethullah Gulen.

Growing political uncertainty around the government and its reaction to the tapes, which have not been authenticated, hit Turkish assets amid broader weakness in emerging markets.

Mr Gulen, through his lawyer, has described the accusation of complicity as unjust and contributing to an atmosphere of "hatred and enmity" in Turkish society.

Opinion polls taken before yesterday’s posting show Mr Erdogan's popularity little affected by the corruption scandal which broke on 17 December with the detention of businessmen close to him and three ministers' sons.

The tape will prove a further test of that resilience ahead of March local elections.

"They went and made a shameless montage and released it," Mr Mr Erdogan told parliament. "They are even listening to the state's encrypted telephones. That's how low they are."

"There is no allegation that we cannot answer."

The "they" cited by Mr Erdogan was a clear reference to those among the followers of the US-based Islamic cleric he accuses of building a "parallel state" using influence in the judiciary and police. Mr Gulen denies the accusation.

"We will reveal one-by-one all the disgraces of the parallel organisation and we will make those who walk with them so embarrassed they won't be able to go out into the street," Mr Erdogan told parliament. 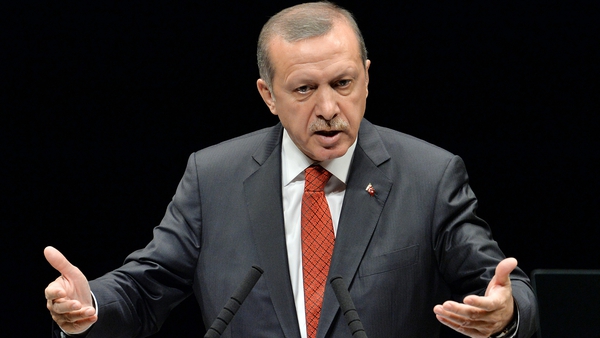