A group of former Magdalene laundry workers laid wreaths at the gates of Leinster House this afternoon in protest against what they called the Government's inadequate response to their plight.

They were marking the first anniversary of Taoiseach Enda Kenny's apology to all former inmates of Magdalene homes.

Meanwhile, the National Women's Council said many of the survivors have yet to receive a penny from the State.

It called on the Government to deliver on its promises of full restorative justice for them without further delay.

A group of former Magdalene laundry workers criticised what they say is Government's inadequate response to their plight.

They say the Government failed to legislate for the granting of promised medical cards to them.

But Minister for Justice Alan Shatter has rejected allegations that he is stalling payments to the women.

He said that 300 formal offers have been made resulting in just over 200 women accepting over €5.5 million to date.

The Government has said nine out of the 12 recommendations in Judge John Quirke's report on redress, have been or are being implemented.

However, promised special medical cards have not been delivered.

The Catholic Archbishop of Dublin has said he hopes a resolution can be found to any difficulties surrounding the funding of the Church's child protection watchdog.

Dr Diarmuid Martin was responding to claims by Ian Elliott, the former chief executive of the National Board for the Safeguarding Children, that its work was being undermined by consistent cuts in funding from religious bodies.

Speaking to RTÉ News, the Archbishop said that the work of the board in all its aspects is vital for the Irish Church.

He said reviews of dioceses and orders are now financed by the individual organisations under scrutiny, adding that this is done "on a bill that is prepared by the National Board which includes all its costs".

He described the system as "a different way of funding".

He said there had been a reduction in the funding of one sector of the board's activity but that the costs of training child protection workers and of reviewing dioceses and orders are totally separate from and additional to that.

Dr Martin said he hoped that whatever difficulties exist surrounding funding can be resolved.

He added that the board has nearly finished reviewing all the dioceses and that once that is done "we have to go back and start all over again". 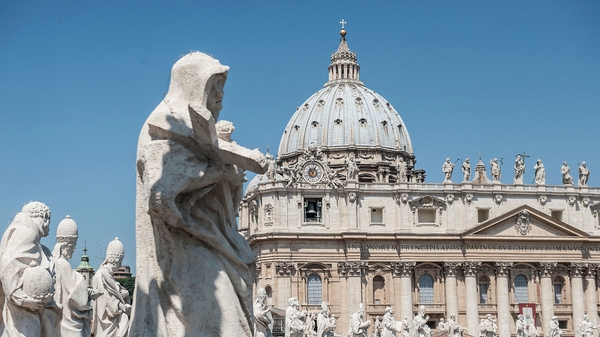