Taoiseach Enda Kenny has said he will attend the New York St Patrick's Day parade because "the parade is about our Irishness and not about our sexuality."

His comments came amid criticism about the ban on participants in the New York parade from carrying signs for gay rights.

Speaking in the Dáil, Mr Kenny said he was happy to wear the symbol of Irishness in New York – the shamrock.

He was responding to a question from People Before Profit TD Richard Boyd Barrett about whether he should wear a rainbow badge as a sign of support for the LGBT community.

Earlier, Socialist TD Joe Higgins said Minister of Social Protection Joan Burton has apparently decided to boycott the parade and asked the Taoiseach if he was going to do the same.

"Or will you go along with a homophobic disgraceful approach by some of these conservative Irish-American institutions", Mr Higgsins added.

Mr Kenny said: "I hope to travel to America. The St Patrick's Day parade is a parade about our Irishness and not about sexuality and I would be happy to participate in it."

Mr Boyd Barrett said the New York St Patrick's Day parade has given "new meaning to what James Connolly called 'the carnival of reaction' in its disgraceful refusal to allow people parade their identity in the LGBT community."

He called on Mr Kenny to make some statement in response to that "disgraceful decision".

He also asked the Taoiseach if he could comment on rumours "that at least if you are not going to boycott the parade, as some of us think you should, that you are going to wear the rainbow badge to symbolise your support for the gay, lesbian, bisexual and transexual community?"

Mr Kenny said he did not organise the St Patrick's Day parade in New York or anywhere else.

He said: "The organisers set down their regulations for the way the parade is conducted.

"I understand that about 500,000 people participate in the St Patrick's Day parade in New York. I don't know how many of those are gay and lesbian people and that is a matter for themselves. I don't express anything about their sexuality.

"I will certainly be happy to wear the symbol of Irishness on St Patrick's Day in New York and that is called the shamrock. As I said the parade is about our Irishness and not about our sexuality". 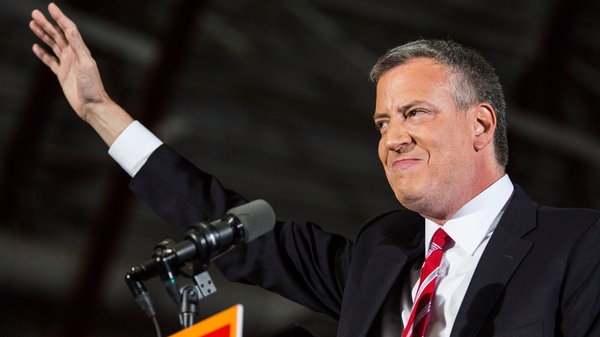