Rehab Group Chief Executive Angela Kerins and other relevant officials are expected before the Public Accounts Committee on Thursday 27 February.

Rehab yesterday revealed that Ms Kerins is paid €240,000 a year and has a 6% payment towards her defined contribution pension.

Her salary was disclosed following a special board meeting.

Tánaiste Eamon Gilmore today said there should be transparency in relation to salaries in the voluntary sector.

He said he believed there has been a change in public perception since the Government took the decision to cap salaries and reduce higher level pay in the public service.

Mr Gilmore also said that he believes there is a new normal now in relation to salaries.

He added that he thought the public finds it hard to understand how salaries in the voluntary and charities sector could be higher than the State sector.

Minister for Public Expenditure Brendan Howlin said everyone who receives public money in any organisation should have their salary levels published in a transparent manner.

The Vice Chair of the Oireachtas Health Committee earlier said members of the remuneration committee in Rehab who signed off on the salary for Ms Kerins still have questions to answer.

Speaking on RTÉ's Morning Ireland, Labour TD Ciara Conway said that when one considered the amount of public money given to Rehab, estimated to be between €50m and €80m, questions need to be answered.

Ms Conway said she did not know any public organisations that had pay scales on that level.

She said she believed Ms Kerins should come in and meet the Oireachtas Health Committee about her remuneration and about how public money is spent in Rehab.

Ms Conway said she was concerned about the impact of the salary controversy on service users and rejected suggestions that the calls for Ms Kerins to disclose her salary were a "witch-hunt".

She said she believed all organisations, be they public or private, should disclose salaries. 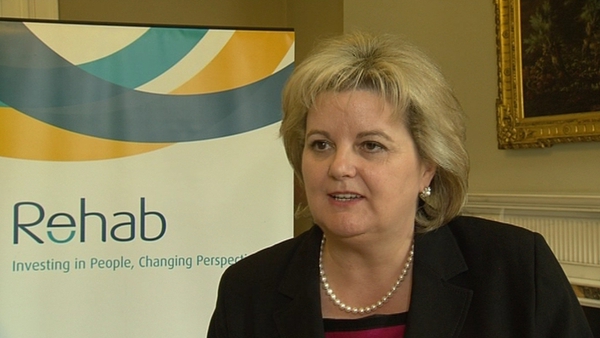