The first trade mission led by ministers from Dublin, Stormont and Westminster is under way in Singapore.

Representatives of 40 companies from the island of Ireland are part of the delegation at the Singapore Airshow, the largest such event in Asia.

Minister for Jobs, Enterprise and Innovation Richard Bruton, his Northern Ireland counterpart, Arlene Foster and UK Transport Minister Stephen Hammond are with representatives of dozens of Irish and British companies at the event.

Enterprise Ireland has been helping companies to seek out opportunities in advance of the formal event.

Dortek, which makes doors for the pharmaceutical and food manufacturing industries; Aims Software, a wholly-owned subsidiary of Quest Computing; and Glandore Systems, a Cork-based software development company have all agreed business deals.

Deeper co-operation on enterprise and trade issues has been sought by Taoiseach Enda Kenny and British Prime Minister David Cameron.

The issue is expected to be further addressed when President Michael D Higgins makes an official State visit to the UK in early April. 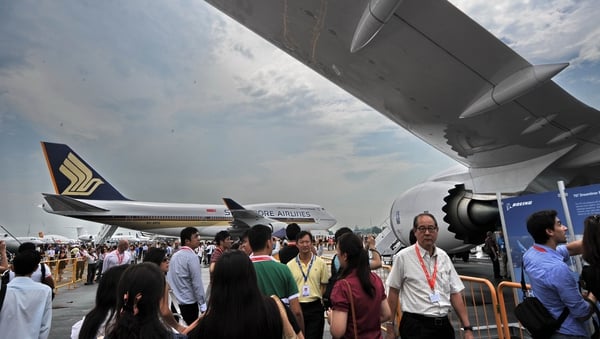