Electricians are to begin a nationwide strike from Monday 24 February in a dispute over pay.

Members of the Technical, Engineering and Electrical Union have voted by 94% to take industrial action in pursuit of a 4.9% pay rise.

They say they are due the pay rise under an outstanding Labour Court recommendation from 2009.

Mr Devoy said the union would serve formal notice of industrial action today on the employers' bodies in the electrical sector.

He said the strike would hit all sectors, including construction, multinationals and energy supply.

Mr Devoy added that pickets would be placed on all enterprises where electrical contractors operate in construction, manufacturing, energy supply and multinationals - including major firms like Intel and Diageo.

The Construction Industry Federation has described the threatened strike as "regrettable" and "disappointing".

Director General Tom Parlon said he did not think there was any prospect of a 5% pay rise, as employers had signed up to do major projects on a very competitive basis.

He warned that the strike would send a negative signal to potential foreign investors at a time when the industry was in fragile recovery mode.

Mr Parlon said that unlike many other workers, electricians had not experienced pay decreases.

He also claimed that Irish electricians were the highest paid in Europe.

Asked whether legal action to challenge the strike was a possibility, he said he was sure people would look at whatever options they had to take.

He called for talks to avert the strike.

Ibec, the group that represents Irish business, has called on the TEEU to immediately withdraw strike notice and instead use the  established industrial relations institutions to resolve the pay dispute.

It warned that any strike would cause major disruption to businesses right across the economy. 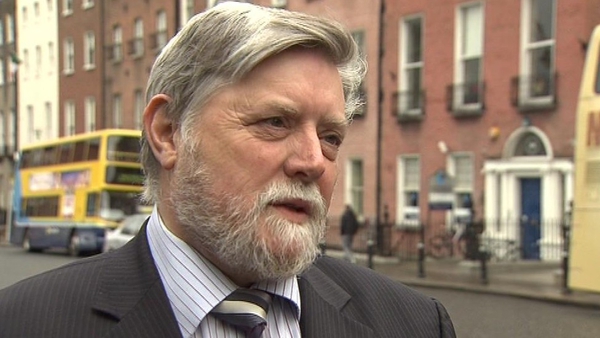