Ireland is not a tax haven and Internet giants such as Yahoo! are attracted to the low-tax country for sound business reasons, the Taoiseach has said, fending off a French attack.

"The concept of tax haven has nothing to do with Ireland," Enda Kenny told a debate at the headquarters of the Organisation for Economic Cooperation and Development.

"At European level we have made efforts to develop digital single market," he said.

"The regulatory system that we have in Ireland is a model that could be used in any other European country."

Yesterday, French President Francois Hollande had struck out at "tax optimisation" by Internet giants which have been in the front line recently of criticism that multinationals shop around and artificially pump declarable profits into low-tax countries.

This was "not acceptable" and competition conditions, including tax liabilities, should be the same for all players, Mr Hollande said.

"We have to act with regard to these big well-known groups which lodge themselves in low-tax countries," he said in remarks taken to include Ireland.

Ireland came under attack, led by France, at the height of its debt rescue by the European Union and International Monetary Fund, to raise its baseline corporate tax rate from 12.5%.

However the Government steadfastly refused, and argued successfully that this was not much lower than many effective rates elsewhere in the euro zone and that raising taxes would cripple its recovery.

Mr Kenny today hit back at the French criticism, saying that Yahoo! wanted to follow the example of all the big Internet groups which are already installed in Ireland.

Tánaiste Eamon Gilmore, asked about a recent decision by US Internet information group Yahoo to group its user services and personal data operations for Europe, Africa and the Middle East in Ireland, said that this was not surprising.

"Ireland has to some extent become an Internet capital," he said.

Recently in France, the website lepoint.fr reported that French tax authorities were seeking €1 billion in back tax from Internet giant Google, alleging that it had minimised tax payable on activities in France by routing the liability to its operations in Ireland.

Mr Gilmore insisted that Ireland cooperated fully with the OECD in its work on tax optimisation aimed at developing common rules for such practices which may be legal, albeit artificial.

"There is scope for improvement at international level," he said.

A Government delegation is in Paris this morning for a meeting with international economic and social policy organisation the OECD.

The Government delegation, which is being led by the Taoiseach and Tánaiste and includes Ministers Joan Bruton, Ruairi Quinn and Richard Bruton, is in Paris today for a meeting with the OECD.

Aside from the country's tax regime, the Government's employment strategy is also likely to be discussed at the meeting.

The OECD is regarded as the world's biggest economic and social think tank and as such the Government sees the visit as a vital part of restoring Ireland's reputation after the bailout.

It has already been involved in providing analysis for the Government on the Youth Guarantee Scheme and the Government hopes to develop further policies on getting the unemployed, especially the long-term unemployed, back to work, or into training.

While the OECD was broadly supportive of Ireland's policies during the bailout, its report into the Irish economy last year warned that the reduction in unemployment would be gradual, and that the long-term jobless were at risk of being marginalised and discouraged.

The report also highlighted the need to better align the content of education and training schemes. 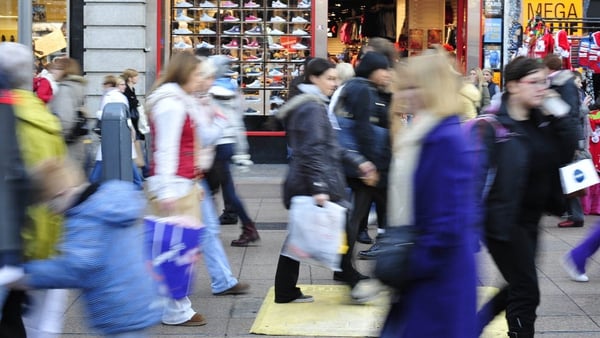