Libya has destroyed the last known large stockpile of chemical weapons from the era of Muammar Gaddafi, officials have said.

Western countries had been concerned that the weapons might fall into the hands of Islamist militants and regional militias.

The North African state still grapples with widespread disorder more than two years after the uprising that ousted Gaddafi.

Militia groups and armed tribesmen control parts of the country awash with arms, where the government of Prime Minister Ali Zeidan has struggled to enforce its authority much beyond the capital Tripoli.

However, the operation ground to a halt in 2011 when the NATO-backed uprising against Gaddafi broke out.

Libyan Foreign Minister Mohammed Abdelaziz told reporters that US, Canadian and German experts had helped destroy the chemical weapons stockpile in a region of southern Libya.

"The destruction in the region of al-Rawagha was conducted with utmost precision," he said, without giving details.

At a news conference, Libyan officials said there were no other known batches of chemical weapons left.

Andrew Weber, the US assistant defence secretary for nuclear, chemical and biological defence programmes, said that among the Libyan chemical stocks destroyed were 507 shells filled with mustard gas.

Gaddafi announced he would scrap his nuclear, chemical and biological arms programmes in 2003 after the US-led invasion of Iraq, which was justified as a move to eliminate Saddam Hussein's alleged weapons of mass destruction.

In the end, no such WMD stockpile was found by US forces in Iraq. 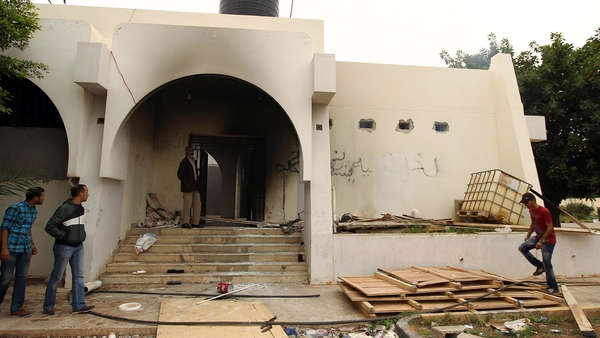