A preliminary study by the European Commission on the health effects of pylons was expected to cast doubt on fears that pylons pose health risks to humans.

The report will trigger a consultation process on the alleged risks of electromagnetic fields with a comprehensive report being published in mid-April.

The study of the impact of power lines and pylons on human health has been compiled by a European Commission scientific panel and is based on a review of "hundreds" of studies carried out over the past five years.

A similar study published in 2009 found no serious risk to human health from pylons.

The forthcoming consultation process will invite submissions from interested parties and stakeholders, and will include public meetings.

A European Commission source said that the preliminary report would say there is no health risk caused by electromagnetic fields.

The report, titled 'Preliminary Opinion of the Committee on the Potential Health Effects of Exposure to Electromagnetic Fields', was published today.

Fine Gael MEP Mairéad McGuinness has said we need to be sure that all the scientific evidence has been properly assessed when looking at potential health risks from exposure to electromagnetic fields from power lines.

Ms McGuinness was commenting on RTÉ's News At One following the publication of the report.

Ms McGuinness is also due to discuss the report with the EU Health Commissioner, Tonio Borg, today.

Speaking to the News At One, the Ireland-East MEP referenced a study by Professor Denis Henshaw of Bristol University, which she said took a different view to the preliminary opinion.

She said she wanted to know if his study was looked at.

Ms McGuinness said this was a draft opinion, and that scientists and the public had an opportunity before April to put forward their concerns, research and evidence on this issue, and they should do that.

Risks to be examined by expert group

Minister for the Environment Phil Hogan told the Dáil today that an assessment of the health risks of electromagnetic fields will be examined.

Mr Hogan said he expects the study to begin by early March and that a final report will be published by early summer.

The study on the health risks of electromagnetic fields is separate to the Independent Pylon Review Panel, an expert group set up by Minister for Communications Pat Rabbitte last week.

That goup will be chaired by former High Court judge Catherine McGuinness. 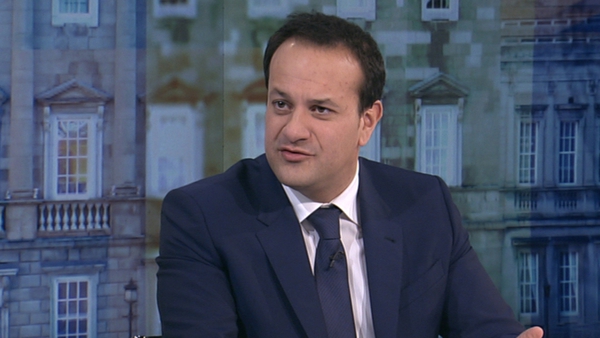