At least 26 people were killed in aerial attacks with explosive-packed barrel bombs in the northern Syrian city of Aleppo today, according to the Syrian Observatory for Human Rights.

The group said 12 men, 11 children and three women were killed when Syrian army helicopters dropped the controversial weapons on neighbourhoods in the east of the city, once Syria's economic hub.

Rebel-held areas have been subjected to a string of aerial raids by Syria's army in the past three days, with at least 36 people killed yesterday and 85 killed on Saturday, according to the NGO.

The Observatory said today that January 2014 was the bloodiest month in the conflict so far, with 5,794 deaths recorded.

The air raids, which come as government troops press an advance into the eastern and northern parts of the city, have prompted a mass exodus of civilians, Observatory director Rami Abdel Rahman said.

"Residents of the eastern neighbourhoods began fleeing about three days ago as the pace of the barrel bomb attacks increased," he said.

"Some of them have gone to Turkey, but many of them have nowhere to go but regime-controlled areas in the west of the city because of the fighting between rebel forces and the [jihadist] Islamic State of Iraq and the Levant in other parts of Aleppo."

A security source in Damascus confirmed that civilians were fleeing to government-held parts of the city.

The situation has remained a stalemate for months, but the army has made several advances in surrounding Aleppo province, including capturing an area around Aleppo international airport.

The advances there allowed the government to reopen the airport, which had been closed for nearly a year because of fighting nearby.

Over the weekend, regime forces seized most of the eastern district of Karam al-Turab, state media and the Observatory said, and the army is pushing to take additional eastern and northern areas.

In Hama province of central Syria, meanwhile, the Observatory said at least five students were killed in rebel rocket fire on a majority Alawite town.

President Bashar al-Assad is from the Alawite community, while the uprising against him is dominated by Sunnis.

More than 136,000 people have died since the conflict in Syria began with peaceful anti-government protests in March 2011.

The spike in deaths came despite ten days of talks between the government and regime in Geneva that ended last Saturday without tangible results.

Meanwhile, Al-Qaeda has disavowed the ISIL, whose members have been locked in deadly clashes with Syrian rebels, according to a statement.

Al-Qaeda chief Ayman al-Zawahiri had already ordered the group in May 2013 to disband and return to Iraq, and announced that another jihadist group, the al-Nusra Front, was al-Qaeda's official branch in war-torn Syria.

The general command of al-Qaeda rammed home the point in its statement last night.

"Al-Qaeda announces it is not linked to the Islamic State of Iraq and the Levant, as it was not informed of its creation ... (and) did not accept it," it said.

ISIL "is not a branch of al-Qaeda, has no links to it, and the (al-Qaeda) group is not responsible for its acts," it added.

Jihadists were initially welcomed by some rebels in Syria's conflict, but allegations of brutal abuses against civilians as well as rival opposition fighters has sparked a backlash.

Rebels have accused ISIL of seeking to consolidate power rather than fighting the regime, and even suggested the group was serving the regime's interests.

The tensions erupted in early January into armed clashes between Islamist and moderate rebels and ISIL.

In some cases, al-Nusra Front participated in clashes against ISIL, though it has largely remained out of the fighting and has called for reconciliation.

More than 1,400 people have been killed in the rebel-jihadist clashes. 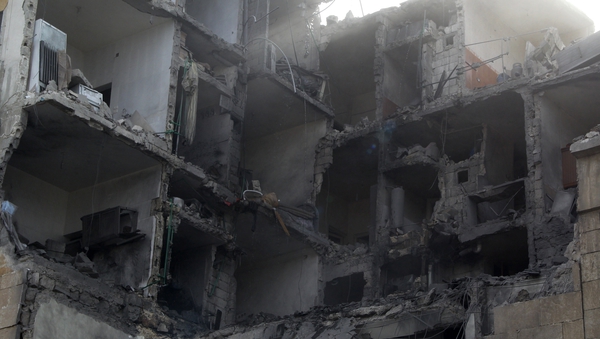