Ireland is the third most expensive of the 18 eurozone countries for goods and services, according to a report by Forfás.

The State agency's unpublished report went to Cabinet last week and it is expected the Government will act on some of its recommendations in the coming months.

The study, seen by RTÉ News, looked at the recession years from 2008 to 2012 and compared prices in Ireland to other countries in the eurozone.

Up to that point Ireland had been the most expensive place to buy goods and services, but it has since dropped two places to third spot.

It found that while costs had dropped, Irish people still pay on average almost 14% more for goods and services.

During the recession food prices on average did not rise, while the cost of clothes and shoes rose by 5%.

However, the cost of education rose by almost 6%, while Irish people pay almost 35% more for health care.

Health insurance has risen by more than 14% a year in Ireland, compared to a 2.5% rise every year across rest of the eurozone.

The cost of taking a train or bus also increased by an average of 5% a year during the recession, almost 1.5% higher than other eurozone countries.

Ireland is also ranked in top spot when it comes to alcohol and tobacco prices.

The report recommends that Vhi Healthcare should be treated as a regular insurer and says legislation should be introduced to allow people change health insurer halfway through their cover period.

More competition on urban bus routes was also called for.

The report suggests that graduates could be made pay back some of their third level education costs when they get jobs.

It also says that future wage increases should be linked to productivity and not inflation. 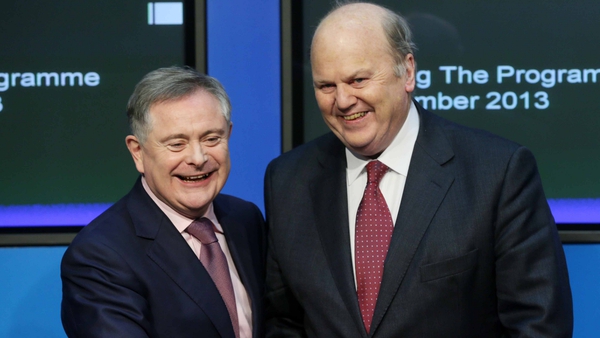