The face-to-face came ahead of world powers holding their next talks on Tehran's contested nuclear programme on 18 February.

A US State Department official said Mr Kerry made it clear that the US will "continue to enforce existing sanctions".

In an initial accord in November, Iran agreed with the five permanent members of the UN Security Council - Britain, China, France, Russia and the US - plus Germany that it would roll back its nuclear programme and open it to wider inspections.

In return, the world powers agreed to partially lift tough sanctions that have caused immense damage to the Iranian economy.

EU foreign affairs chief Catherine Ashton, who has led the international nuclear talks with Iran, said on Friday that she had a "really interesting" meeting with Mr Zarif on the sidelines of the Munich Security Conference.

Earlier this month, the United Nations nuclear watchdog, the IAEA, certified that Tehran had stuck to its side of the initial deal, giving access to key nuclear installations and cutting back its enriched uranium stockpile.

Accordingly, the European Union and the US began lifting some sanctions on 20 January, laying the groundwork for the next, six-month stage of the negotiating process.

During this period, the US and the EU have promised to impose no new sanctions.

The accord provides for ultimately removing the sanctions if Iran lives up to all its commitments. 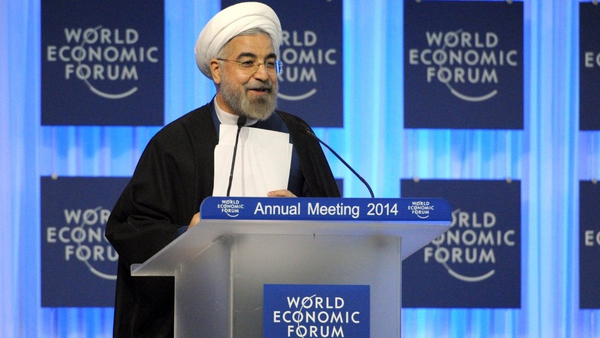 Iran ready to engage with US, Europe - Rouhani