The apology comes after the European Court of Human Rights this week ruled that the State was liable for the sexual abuse she suffered while a national school pupil.

Mr Kenny apologised to Ms O'Keeffe for what had happened to her and for the horrendous experience that she had to go through.

He described Ms O'Keeffe as "an example of a woman of extraordinary commitment over a long number of years to following her case", which she had taken before the High Court, Supreme Court and the ECHR.

"Sadly, it's one that's indicative of a long litany of cases in Ireland," Mr Kenny said. "That's why in the past we've had to deal with an exceptional number of cases that scar our memory.

"And for that reason, I just think that while this judgment is exceptionally complex and will be studied by Government, I would like to say to Louise O'Keeffe that I apologise for what happened to her in the location she was in and the horrendous experience she had to go through."

She said she believed he was apologising on all accounts, both the abuse and the fact that it happened to her in a State-run national school.

"The Taoiseach has apologised. He has done so very graciously and for that I do accept the apology and appreciate that he did make it," she said.

Ms O'Keeffe said she did not look for an apology for herself, but for all of the victims of abuse in schools because there are many who have not come forward.

"I am simply one of hundreds and an apology is for everyone because I wasn't alone," she said.

She called on Mr Kenny to now work quickly to bring in legislation to protect school children.

Ms O'Keeffe said that had she received an apology 15 years ago, she would not have been forced to bring her case to the ECHR.

She said she did not understand why the State had fought her case.

"I was an eight-year-old child, abused, a complaint had been made. It wasn't acted on. If it had been acted on, well, I'd have had a safe childhood. Wrong was done. I think hands should have been held up," she said.

Speaking to RTÉ News, Ms O'Keeffe said she had no advance contact from the Taoiseach or his officials prior to the apology.

She said it was a matter for the Taoiseach himself whether he felt it necessary to make contact with her personally.

Her solicitor Ernest Cantillon thanked the Taoiseach and the Tánaiste for their apologies and said they were graciously accepted.

In a statement, Mr Cantillon said that Ms O'Keeffe had already expressed her disappointment that an apology was not issued at a far earlier stage.

He said she was disappointed at the time it had taken to resolve her case, but added that the apology was better late than never.

In the Dáil, Sinn Féin deputy leader Mary Lou McDonald said that by any standards Ms O'Keeffe is a brave woman, who never lay down despite being bullied and browbeaten by the State.

Not alone should Ms O'Keeffe not have suffered abuse, she should not have been harangued, bullied and threatened by the State, she added.

Ms McDonald welcomed the Taoiseach's apology, but said those words of apology should have been uttered in the chamber of the Dáil.

She asked if the apology extends to 135 other adults who brought similar cases against the State and who received threatening letters saying that they would face legal costs if they pursued their cases.

Tánaiste Eamon Gilmore said Ms O'Keeffe should have had a carefree childhood and said her case is a reminder of the shocking scale of abuse.

He joined with the Taoiseach in apologising to her for what happened to her, adding that Cabinet will discuss the court judgment at next Tuesday's meeting.

He said the protection of children is a priority for the Government.

Speaking about the new Child and Family Agency and the forthcoming Children First legislation, he said that secrecy or ignorance is no longer accepted.

Ms O'Keeffe was nine years old when she was abused by teacher Leo Hickey at Dunderrow National School in Co Cork in 1973.

He was sentenced to three years in prison in 1998, after pleading guilty to 21 sample charges.

Ms O'Keeffe subsequently took legal action against the Department of Education, arguing that the State had failed to put in place appropriate protection measures to prevent and stop systematic sexual abuse at her school.

However, the High Court dismissed her claim that the State was liable.

The Supreme Court subsequently upheld that ruling, finding that while the State funded the education system, the management role of the Catholic Church was such that the State could not be held vicariously liable for the criminal acts of the teacher.

However, the ECHR found that the State was liable.

Maeve Lewis of child sex abuse advocacy group One in Four has said the Taoiseach was very careful not to apologise for the way Ms O'Keeffe had been treated by the state over the past 15 years.

Ms Lewis said that was a great pity and she hoped that such an apology would now be forthcoming.

Responding to news of the apology, survivor John Barrett said he was very glad for Ms O'Keeffe.

Mr Barrett, who was sexually abused as a child at Our Lady of Good Counsel/Lota National School, said the Taoiseach should now apologise to all survivors.

He said, however, that above all survivors needed justice from a State that had fought them tooth and nail right up to the present day.

Mr Barrett has called for the establishment of a redress group for survivors of abuse in national schools.

One in Four says it has received many phone calls from survivors over the past few days.

The organisation also says people are contacting them to tell them about previously undisclosed incidents of child sex abuse.

It says today one elderly woman contacted the group to disclose, for the first time in her life, sexual abuse she had suffered many years ago as a school pupil.

One in Four also says many members of the public have phoned or sent letters with messages of congratulations that they wish to see passed on to Ms O'Keeffe. 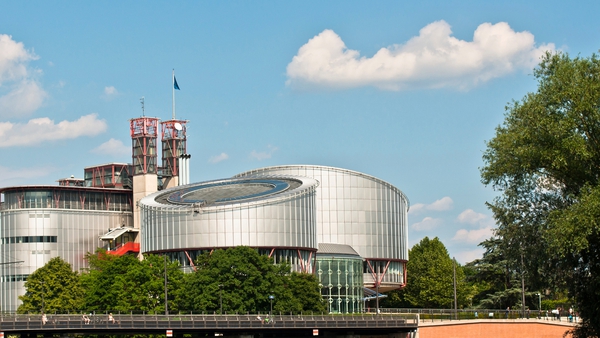