Minister for Justice Alan Shatter has referred whistleblower allegations of abuses of the penalty points system to the Garda Síochána Ombudsman Commission (GSOC).

In a statement this evening, he also criticised members of the Public Accounts Committee (PAC) for their behaviour in dealing with the issue.

Mr Shatter said the Garda Síochána Act provides for matters relating to the force to be referred to GSOC.

The force now found itself at the centre of political controversy and in such circumstances it was in the public interest to ask GSOC to investigate, he said.

Mr Shatter said he is referring the allegations that have been made about penalty points and the manner in which they have been pursued, including issues relating to the use of garda records.

The move could throw in doubt the PAC's continuing investigations into the affair.

Mr Shatter said he hoped that people would now allow GSOC to proceed with its work unhindered.

He said some members of the PAC had prejudged issues before them in the media and had risked bringing the work of the committee into disrepute.

Serious allegations had been made against many unnamed members of the gardaí, he said.

The minister said he has taken the decision to refer the controversy to GSOC as he does not believe it can be adequately addressed in the PAC.

He stopped short of saying the PAC should cease its investigation, but said he has substantial concerns that a minority of the committee have already prejudged the allegations.

Garda Commissioner Martin Callinan welcomed the announcement that GSOC will investigate allegations of abuses of the penalty points system.

He said: "It is critical that the Fixed Charge Penalty Notice System retains the support of the public so that it continues to play an important role in improving road safety."

A spokesperson also said it is garda policy to protect whistleblowers and provide them with every support they need.

Kieran Fitzgerald of GSOC said a very wide-ranging investigation would commence once a formal referral from the minister is received.

Mr Fitzgerald said the commission will be demanding full and immediate cooperation from all parties.

PAC Chairman John McGuinness has said it is untrue that members of the committee have prejudged the issue.

He said members have expressed opinions, but kept an open mind, and the PAC conducts its business above politics and without political interference.

Mr McGuinness also said the committee has had contact this evening with one of the whistleblowers, who is a serving garda.

He said he understands that the whistleblower will be informing his superiors that he intends pursuing the matter with the PAC.

Mr McGuinness said he will be requesting that the PAC takes evidence from him tomorrow.

In a statement he said: "The committee's intent in hearing from the whistleblowers was to get a better understanding of the system so that we could bring a report to the Dáil with recommendations on how the weaknesses in the system, many of which were discussed last Thursday with the commissioner, can be addressed.

"We are not investigating the actions of any member of An Garda Siochána which is not within our remit or capacity."

Mr McGuinness said the PAC will take legal advice about the evidence and decide its approach.

Speaking on tonight on RTÉ's Prime Time, PAC member and Independent TD Shane Ross said he assumes he is one of the people Mr Shatter was referring to.

Mr Ross said three committee members have been very vocal, but they have not crossed over any lines.

He said he was seriously puzzled by the minister's claims.

The other whistleblower, John Wilson, has given a guarded welcome to the minister's decision.

Mr Wilson said GSOC must have full access to the garda pulse computer system, otherwise it will not be a proper investigation.

The former garda also said he acted lawfully at all times and the evidential material he provided to the PAC was provided under Section 62 of the Garda Síochána Act, which he said allows gardaí to bring their concerns to members of the Oireachtas.

Wexford Independent Mick Wallace, one of the TDs who highlighted the issues raised by the two whistleblowers, said Mr Shatter seemed to think GSOC should investigate the two men, but not their complaints of malpractice. 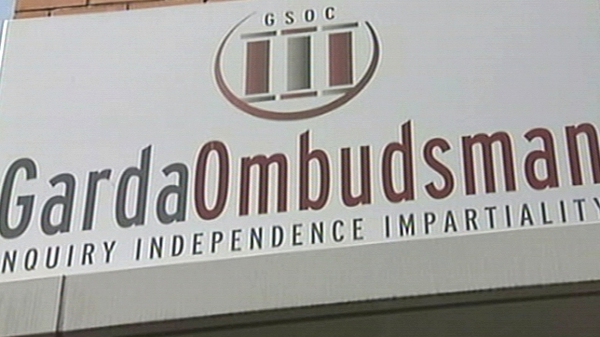