Professor John FitzGerald of the Economic and Social Research Institute has said Irish Water could incur extra costs of between €1.5bn and €2bn, through the employment of over 2,000 staff that it does not need.

Prof FitzGerald was commenting on reports that Irish Water could employ over 4,000 local authority staff until 2025 as part of the arrangement to transfer services to the company.

However, it has been reported that Irish Water representatives believe they actually need fewer than 2,000 staff.

Prof FitzGerald said that based on the experience of other utility companies, the establishment of Irish Water should lead to savings of about 40% in the provision of the service.

However, he said this saving would not be possible based on current estimates of potential staff costs.

Dr Edgar Morgenroth, who co-authored an ESRI paper on Irish Water with Prof FitzGerald in 2012, said the submission said there were significant efficiency gains to be made.

Dr Morgenroth said they estimated €150m a year at the facility could be saved.

He said failure to make the savings could impact on consumers.

"One looks at the €150m and this is a recurrence that is relevant to the water bill, it could be something of the order of €65m a year," he said.

"That's making some assumptions around them but they are quite plausible and I don't think the numbers would be very much different from this."

Dr Morgenroth said he accepted that staff could not simply be sacked, but it was surprising that such a long time would be allowed to achieve efficiency gains and a shorter time scale would have been more feasible.

Minister for Social Protection Joan Burton has said the Government wants an effective, efficient and a cost-effective Irish Water utility "not a gold-plated Irish Water".

Speaking in Longford this afternoon at the launch of a new training options programme for people with disabilities, Ms Burton said that addressing the issue of water was absolutely important and vital for the future of Ireland.

The minister said businesses had closed down in Dublin before Christmas because of a lack of water and there has been a boil water notice in many parts of the midlands and it is simply not acceptable that in a modern country there should be health risks arising from an inadequate water supply.

Call for more efficient use of resources

Speaking on RTÉ's News At One this afternoon, Prof FitzGerald said he believes staff reductions at Irish Water could be done more quickly than the 12-year time frame envisioned.

He said it was unfortunate that in the public sector that there will be too many people working in the water sector, while resources are stretched in other areas.

He said Ireland "could do with a few more nurses, a few more doctors, a few more teachers, probably a few more guards and we have, or will have, too many people in the water area.

"And it doesn't seem efficient when we're short of resources somewhere else that we can't reallocate resources that will not be doing much for us."

Prof FitzGerald said he believes that staff costs will add roughly €75 a year to bills for consumers.

He said Irish Water will need a lot of expertise from the local authorities, but it should be able to choose the experts that it needs.

Prof FitzGerald: "It's not saying that they don't need local authorities. They're going to need a lot of people because that's where the expertise lies.

"It's not that you're saying 'oh go off and hire someone from the far ends of the earth to do this because you need experts'. But the point is Irish Water should choose the experts that they need."

Prof FitzGerald said that Irish Water will ultimately deliver a significant long-term saving and efficiency gains for the people of Ireland.

Staffing levels not yet certain

Earlier, a spokesperson for the Department of the Environment said staffing costs were a matter for the board and CEO of Irish Water.

The spokesperson said all of these factors would be taken into account when decisions are being made on water charges.

The spokesperson said once Irish Water had presented its charges plan to the Commission for Energy Regulation, the commission would be carrying out a public consultation on the tariffs.

Irish Water said it expects the total headcount of 4,300 local authority staff to be employed by the new utility company, will be reduced naturally over time.

A spokesperson said it is not possible to be definitive at this stage about the total numbers of staff required for the company or the total staffing costs.

The spokesperson said it was still not known what the total budget for Irish Water would be.

Irish Water said it was also not possible to comment on how staffing costs might impact on customer charges.

However, the spokesperson said the key reason for establishing Irish Water was to increase efficiency and there would be savings over the long-term. 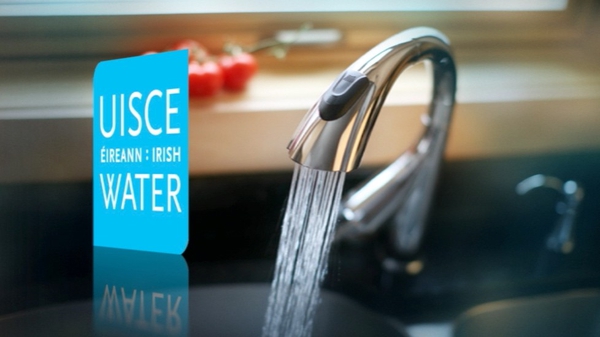