New information has emerged tonight on the breakdown, salaries and potential bonuses of staff at Irish Water.

It shows that more than one third of the staff recruited so far worked in local authorities and 29 staff are earning over €100,000.

It also reveals that almost 100 staff could earn future performance related bonuses of between 14% and 15%.

The information was obtained tonight in a parliamentary question from Labour TD Kevin Humphreys whose previous request last November was not answered.

Mr Humphreys welcomed the answers, but expressed concern that some senior managers may receive performance-related bonuses of 15%.

The information shows that of Irish Water's 310 staff, 59 had been with Bord Gáis, 107 had worked in local authorities, 139 were recruited externally and five worked in the Department of the Environment.

They all went through a competitive recruitment process.

It was revealed at the Oireachtas committees last week that employees could earn bonuses.

While no bonuses have yet been paid, a breakdown shows that performance-related bonuses will range from between 2.75% to 15%.

A car allowance is in place for senior managers who use their own cars.

The information shows that 27 senior managers will receive this €10,500 allowance, which is taxable and non-pensionable. This is in lieu of mileage expenses.

This evening, Irish Water reiterated that its model is based on the Bord Gáis model.

A spokeswoman said there are no increments and a pay freeze is in place until 2016, which will save €34 million over four years. 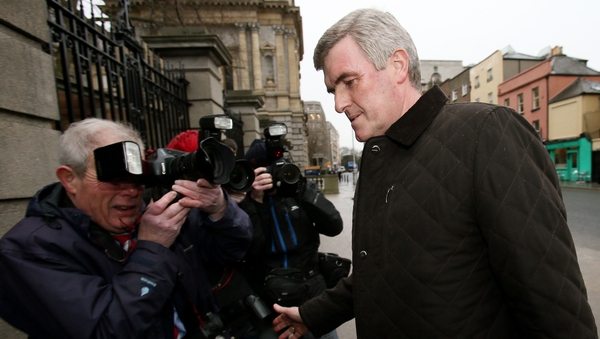