The Dáil Public Accounts Committee is to write to former members of the board of the Central Remedial Clinic asking them to appear at a further hearing into the clinic's financial affairs.

The PAC is keen to question the board about the retirement package for former chief executive Paul Kiely, which is worth more than €740,000.

If the board members do not attend, compulsory powers will be sought to compel them to do so.

However, PAC Chairman John McGuinness said he does not believe the committee will be forced to compel CRC board members to appear.

Speaking on RTÉ's Six-One News, Mr McGuinness said people are anxious to put things in context, to explain the position and to move on.

Independent TD and PAC member Shane Ross earlier told RTÉ's News at One that the full details of the deal for Mr Kiely must be revealed.

He said the committee will go to the Dáil Committee of Procedures and Privileges if necessary and "seek that they're compelled to come in".

Yesterday, former chair of the CRC Hamilton Goulding told RTÉ's This Week that nothing illegal had happened at the clinic.

He said a saving of more than €1m had been made by paying the €740,000 severance package to Mr Kiely.

Reacting to calls today for Mr Kiely to pay back some of the money, Mr Ross said a monetary gesture from him would not be enough.

"We're talking about a hush, hush deal about which we don't know enough about and what we need here is not just a gesture from Mr Kiely, but we need the details of the hush, hush deal to come out."

Earlier, PAC member and Fine Gael TD Simon Harris reiterated that all of the board members involved in approving Mr Kiely's package would be recalled before the PAC.

Mr Harris said he believed the committee would be writing to those board members this week.

He said the committee would also like to hear from the HSE's Interim Administrator at the clinic, John Cregan.

The HSE has yet to comment on this or on media reports that suggest that some of the documents relating to the approval of Mr Kiely's retirement package have gone missing.

Meanwhile, a spokesperson for the HSE has said that Mr Cregan has not yet been issued with an official invitation to appear before the PAC.

However, the spokesperson said should such a request be issued it would be considered by the HSE and the CRC.

Responding to media reports that documents relating to the approval of Mr Kiely's remuneration package had gone missing, the HSE said it would not say that the documents were missing, but that Mr Cregan was currently trying to locate all the relevant documentation.

Mr Cregan has made contact with auditors Ernst & Young in relation to the documentation and the ongoing investigation.

The spokesperson also said that Mr Cregan had not been in contact with the Office for the Director of Corporate Enforcement about the CRC and that he was waiting to get a full picture of the situation before a decision on this would be made.

The spokesperson said Mr Cregan's investigation was a work in progress.

The HSE's Service Level Agreement with the CRC did not give it the legal power to appoint the Interim Administrator to the Clinic and as a result the Health Act 2004 had to be invoked.

It has also emerged that while there is currently no working CRC board, the board of the CRC has not been legally dissolved.

While the board of the CRC resigned in December, the 11 directors plus Secretary remain listed today in the Company Registration Office (CRO).

The HSE may use powers under the Companies Act to ask the courts to order a meeting of the CRC board for a new board to be appointed, if that becomes necessary.

Boardmatch Ireland has been engaged in relation to the appointment of a new board.

To appoint Mr Cregan the executive used sections of the 2004 Health Act apparently for the first time, in the case of a HSE-funded outside voluntary health agency.

Section 7(1) of the Health Act 2004 says the object of the executive is to use the resources available to it in the most beneficial, effective and efficient manner to improve, promote and protect the health and welfare of the public.

Section 7 (8) says the executive has all powers necessary or expedient for it to perform its functions.

In relation to the legal basis for appointing an interim administrator, the HSE said that it provides Section 38 funding to the CRC and without such funding the clinic could not continue to provide the essential services it does.

The HSE said it had an obligation to ensure the continuation of the delivery of critical services by the CRC and it was within that context and the public interest, that the interim administrator was appointed.

The position of CEO for the CRC is to be advertised shortly by the Public Appointments Service. 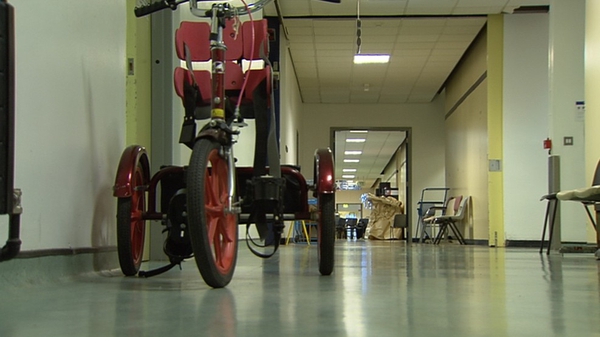