The Teachers' Union of Ireland has said it will not engage in assessments if Minister for Education Ruairi Quinn presses ahead with the new style Junior Cert next September.

The union has again called for a rethink on the Junior Cycle Student Award, which it says schools do not have the capacity to implement.

The union is set to ballot its members on non co-operation with the changes and wants another 12 months of consultation before it is brought in.

TUI President Gerard Craughwell said that teachers' concerns about the new programme are not being listened to.

"One is standards, the second is the capacity of our schools to meet the new Junior Cycle Student Award, and the third one is the issue of equity.

"Neither of those three issues have been addressed, and quite frankly, on Friday, I expected to go into the meeting on Friday afternoon and be given answers to questions we've been raising for several months now."

Minister Quinn has said that the changes will only affect one subject from September of this year, which is to be taught the same way but assessed differently from 2017.

However, Mr Craughwell said: "The department's own information, the sheet they sent us out on Friday, simply said that the pace of change was being slowed down in order to allow the schools the ability to build capacity to deliver the programmes.

"When you talk about one subject it is the start of a fundamental change to the entire education system at junior cycle. The current junior cycle system is tried and tested.

"We are for change, 100% behind change, there are some very good things in this programme: the problem is that years of austerity has pulled capacity out of the system.

"Only last week news bulletins carried the story that second-level schools were soon to have broadband. We're talking about introducing a new programme, particularly English, that will require access to information technology. This is not good enough."

Asked what would happen if TUI members balloted for industrial action, Mr Craughwell said: "Clearly if the minister orders us to take on a new syllabus we must deliver the new syllabus. But that's as far as it will go. We will not co-operate with this.

"We will not engage ... If the minister insists on going ahead with this we will disengage from continuing professional development first and foremost in this area.

"We will not engage in assessment. We will start issuing directives to our members to pull away from various aspects of the programme.

"Quite frankly that's not a place I want to go and I don't believe any teacher wants to go there either." 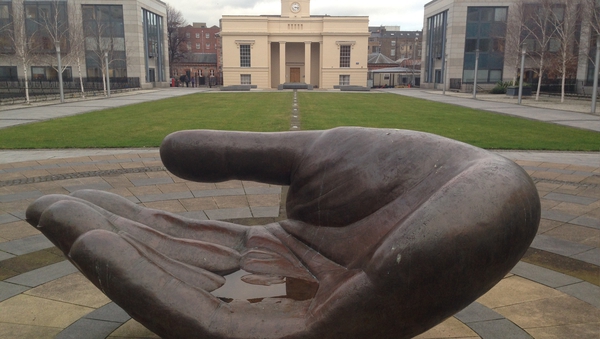