The organisation was the only remaining body which continued to categorise Ireland's bonds as junk.

While Moody's has upgraded Ireland to investment grade, i.e. a Baa3 rating, it has also changed its outlook on the country from stable to positive.

Until now certain investors were blocked from buying Irish bonds of because Moody's position.

Analysts expect the announcement to immediately have a positive effect on Ireland's Government bonds on Monday morning when markets reopen.

Minister for Finance Michael Noonan welcomed the positive move by Moody’s which now means Ireland has investment-grade status with all three of the main ratings agencies for the first time since July 2011.

Mr Noonan said: "The decision by Moody's to upgrade Ireland's credit rating reflects the significant progress that has been made in stabilising the public finances, restructuring the banking sector and, most importantly, growing the economy and creating jobs.

“Ireland is now rated at investment grade by all of the major credit rating agencies, highlighting the major improvement in investor sentiment towards Ireland.

"The change in the outlook accompanying Ireland's rating from stable to positive reflects Moody's expectation of a sustained recovery in the Irish economy and improved debt dynamics.

He continued: “We successfully exited the EU/IMF programme on the 15th of December and raised €3.75 billion on the financial markets last week (7th of January) at competitive rates.

“In their decision today, Moody's cited the exit from the programme on schedule, with improved solvency and restored market access, as a key driver of the upgrade.

"Today's upgrade will have benefits for the economy as a whole by putting downward pressure on the price of credit for companies and organisations in Ireland who are reliant on the financial markets for funding."

Meanwhile, National Treasury Management Agency Chief Executive John Corrigan said: "I am pleased to note that one of the main drivers for today's upgrade was Ireland's restored market access.

"The change to the ratings outlook represents a positive context for future rating reviews." 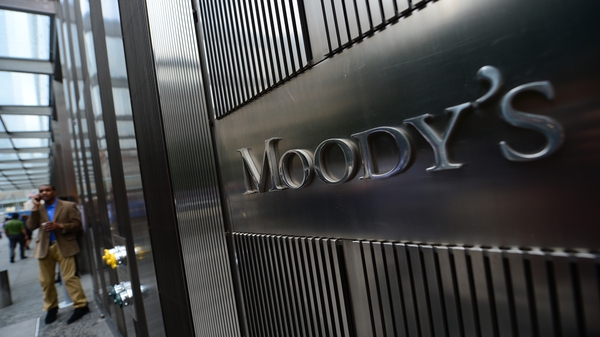