The chairman of the National Asset Management Agency has said he believes the property crash in Ireland is over.

Speaking at a breakfast briefing in Cork, Frank Daly said that property prices have begun to move off the bottom and that the property market has moved into a different phase.

Mr Daly said the recovery was not "homogeneous", but was occurring more quickly in Dublin and in particular parts of Dublin.

He said, however, that he expected the recovery will spread to places such as Cork and then to other parts of the country.

He said he believed that the change was occurring in both the residential and commercial property sectors.

People buying houses now have confidence that they are not going to move into negative equity on the day they buy their properties, he said.

Mr Daly predicted that there will be a steady trend of greater confidence returning to the Irish property market.

He said he believed there would be steady but not spectacular growth in the residential property market and NAMA itself would be funding the construction of up to 4,000 houses over the next couple of years.

Asked if NAMA would take more risks to help stimulate the Irish property market, Mr Daly said there would be no return to the highly-speculative approach that fed into the property crash.

There were enough monuments to the extraordinarily speculative investment that contributed to the crash and NAMA would not be adding to them, he said.

However, he said NAMA was making decisions "every day" about investing in the property market, and those decisions were based on a strong and defensible rationale, where there would be a better return for taxpayers in the future.

The agency will not hoard property, but neither would there be a fire sale, he added.

He said NAMA will not flood the property market and that delivery of property to the market would be responsible. 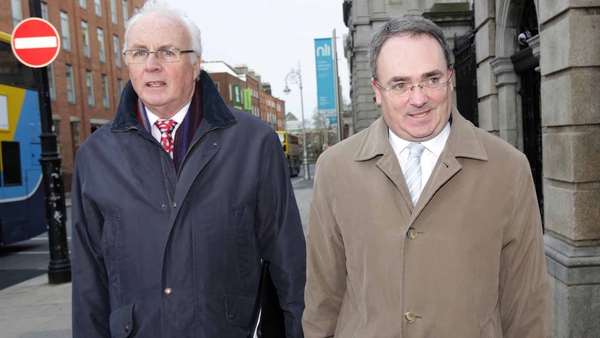