The Council of Europe has said that there is a "persisting hostile climate" towards the Irish language in the Northern Ireland Assembly.

It said growth and promotion of the language in Northern Ireland is being blocked by hostile attitudes in Stormont and a lack of support for its use in the courts and in education.

European chiefs have warned authorities they may also be in breach of a charter of rights because of delays and attempts to block requests for bilingual street names.

The review of minority languages in the UK said the British government has not been able to justify banning the use of Irish in the courts or allowing people to take citizenship tests through the language.

The Council of Europe criticised attitudes to Irish in some official circles and what it said is the Stormont Assembly's "persisting hostile climate".

Northern Irish Minister for Culture, Arts and Leisure Carál Ni Chuilín, who is responsible for overall promotion of the language, said she would bring in new legislation during the current Assembly term.

"There is a large body of support for an Irish Language Act in the North," she said.

"As languages are now a devolved matter full legislation will require the agreement of the Executive and Assembly. I hope that all supporters of the Irish language will work together to convince the Executive, the Assembly and all our people of the merits of supporting an Irish Language Act."

The report from the Council of Europe also looked at the standing of Welsh, Scottish Gaelic, Cornish, and Ulster Scots which it said has improved even if it "still remains absent from public life".

The review team hit out at a lack of political consensus in Northern Ireland on the language and the lack of a long-awaited Irish Language Act.

In education it found many obstacles hampering an adequate offering of Irish-medium pre-schools and it called for concrete steps to be taken to meet the growth in demand for primary education in Irish.

It raised concerns that the Coláiste Féirste secondary school still suffers from a lack of free school transport, despite having won a judicial review case against the Department of Education on the issue, and increased efforts are needed to overcome the shortage of teachers for specialist subjects in secondary education.

It called for new measures to allow for simultaneous translation in the Assembly.

Overall the panel of experts from the Strasbourg-based Council - Europe's leading human rights agency - found many difficulties persist in the development of Irish.

It said work has been hampered by a lack of information from the authorities and the UK government was also criticised for late and incomplete responses to requests for information about the standing of Irish in Northern Ireland.

The Northern Ireland Human Rights Commission has said the most concerning aspect of the report by the Council of Europe is the Executive's failure to provide any information or to engage with the examination process.

Interim Chair of the Commission John Corey said: "International treaties, including the Charter for Regional and Minority Languages, have been ratified by the UK Government.

"The examination of these treaties by the Council of Europe and the UN is crucial in order to protect the rights of everyone in Northern Ireland.

"The failure of the Northern Ireland Executive to report on protecting language rights is indicative of a wider issue of concern to the commission. 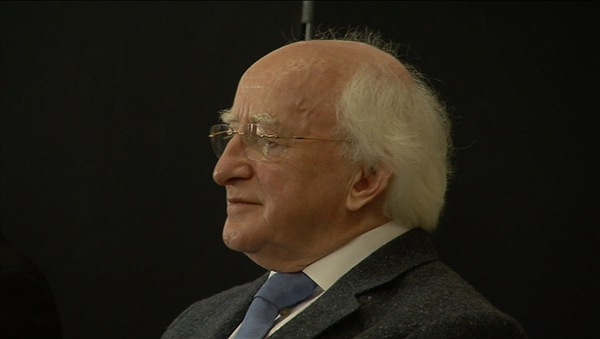