The Department of Arts, Heritage and the Gaeltacht has announced plans to redraw a list of bogs where a turf-cutting ban was due to be implemented later this year.

A number of raised bogs already listed as Natural Heritage Areas of Conservation will be "de-designated".

This will allow turf-cutting to continue in these areas.

There are 75 bogs deemed to be NHAs and due to be subject to a formal ban on turf-cutting.

Under the revised proposals, 45 will be de-designated.

Cutting on a further 36 bogs will be phased-out over a three-year period.

Partial designations will apply on some bogs.

There will be 25 new sites listed as NHAs to make up for those lost due to the reconfiguration.

The department said many of these are already in public ownership.

It said 80% of turf-cutters who would have been affected will now be able to continue harvesting fuel.

Compensation will be offered to any bog owners who have to stop cutting.

Further proposals regarding contentious Special Area of Conservation bogs will not reduce or reconfigure the 53 areas already listed.

A ban on turf-cutting on all SAC designated bogs remains in place.

Minister for Arts, Heritage and the Gaeltacht Jimmy Deenihan said it was very hard to change SACs.

Speaking on RTÉ's News at One, he said only 20 had been changed in Europe in the last 20 years.

The minister said 2,800 people had applied for compensation arising from the ban of cutting on SACs.

The Turf Cutters and Contractors Association gave a guarded welcome to the proposals regarding raised bogs on Natural Heritage Areas, but said clarification is needed about several other aspects in documents published by the Government.

It said it has particular concerns about plans to regulate contractors. 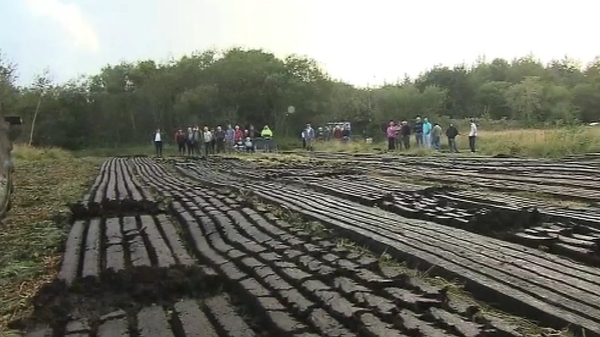