He made the announcement at the end of a conference held in Kuwait aimed at raising $6.5bn (€4.7bn) for the relief effort in the war-torn country.

Syria's civil war has been ongoing for almost three years, with the United Nations estimating that more than 100,000 people have been killed.

Speaking earlier, Mr Costello said: "This funding underlines Ireland's continuing commitment to supporting the families and communities whose lives have been devastated by the conflict in Syria.

"Ireland's contribution of €12m will help people to meet their basic needs for food, shelter, healthcare and education.

"It will bring the total value of the Irish Government's response to the crisis in Syria to more than €26m."

"The flames of the humanitarian crisis in Syria are still going on ... destroying all signs of life," said Sheikh Sabah al-Ahmed al-Sabah.

US Secretary of State John Kerry promised $380m (€279m) in additional aid from the US.

The $1.5bn (€1.1bn) pledged via the UN at a similar meeting last year in Kuwait was used in Syria and surrounding countries to provide food rations, medicine, drinking water and shelters.

"Even under the best circumstances, the fighting has setback Syria years, even decades," said Mr Ban, who chaired the Kuwait conference.

He has previously expressed regret that not all of promised donations have been received from the last meeting, with 20%-30% still lacking.

He told the gathering he hoped peace talks due to be held in Switzerland on 22 January would bring the Syrian government and opposition to the negotiating table.

"I hope this will launch a political process to establish a transitional governing body with a full executive powers, and most importantly, end the violence," he said.

A senior member of the Syrian government has said western intelligence officials have been to Damascus to discuss what he called security cooperation.

In an interview with the BBC, Fasial Mekdad claimed many foreign governments had changed their view of President Bashar al-Assad because of growing concern about radical Islamists fighting in the country.

Britain, Germany and France have all voiced concern about the issue of radical Islamists.

"I will not specify (which countries) but many of them have visited Damascus, yes," Mr Mekdad said in the interview.

Mr Mekdad said the contacts appeared to show a rift between the political and security authorities in some countries opposed to Mr Assad.

Western powers have supported the opposition with rhetoric, but have backed away from material aid as al-Qaeda-linked groups take advantage of a power vacuum in rebel-held regions.

Western countries are worried about the presence in rebel ranks of foreign Islamist militants, who have travelled to Syria to join a near three-year-old struggle to topple Mr Assad.

"When these countries ask us for security cooperation, then it seems to me there is a schism between the political and security leaderships."

Asked if he was confirming that British intelligence had been in contact with Syria, he declined a direct reply.

"I am saying that many of these countries have contacted us to coordinate security measures," he said. 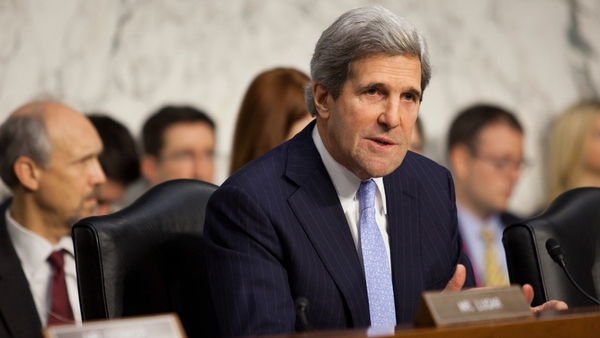