Labour Court proposals aimed at ending a four-year pay row at the Kerry-based German firm Liebherr have been rejected by the majority of SIPTU staff at the plant.

The rejection is likely to add to fears about the future of one of the county's biggest firms, which is warning that its viability has been seriously compromised.

The firm has already begun to transfer work undertaken in Kerry to other Liebherr plants abroad and has said its dependence on Killarney is being re-evaluated.

Liebherr is one of the longest established multi-nationals operating in Ireland.

The company is also Kerry's biggest employer in the manufacturing sector, but the long-running dispute is turning increasingly bitter.

SIPTU, which represents around 300 of the 670 employees at the plant, has been fighting for a 2.5% pay increase.

The Labour Court has recommended payment of the increase, back-dating it 21 months.

The company has argued that the pay claim was not justified, but undertook to honour it, provided other cost-saving proposals were addressed in negotiations.

SIPTU's Marie Kearney said: "We are now in the process of considering [the] decision with the workplace committee at Liebherr.

"We are writing to the company in relation to the result of this ballot and will remain available for direct discussions."

Minister for Jobs Richard Bruton has urged both sides to engage in talks to resolve the issues.

"The industrial relations machinery of the State remains ready to provide support to help resolve this dispute," he said.

"It is important that all parties bear in mind what is at stake in this situation and the potential consequences for Killarney and the broader south west region." 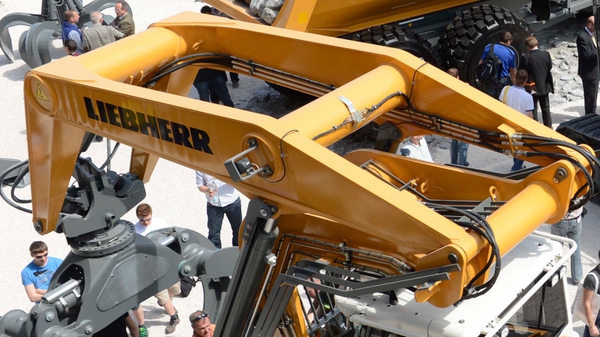