Just over two years since the Government's first public service reform plan was published, the Public Service Reform Plan 2014-2016 builds on the progress made on implementing the first reform plan.

It sets out an ambitious new phase of reform.

The second progress report on the Public Service Reform Plan 2011 sets out the advances the public service has made in reducing costs, improving productivity, more online delivery of services and the introduction of shared services.

Launching the plan, Mr Howlin praised public servants for implementing challenging changes with fewer resources at a time of increased demand for services.

He said the next phase of reform, while maintaining the necessary emphasis on efficiency and cost reduction, would focus on achieving the best outcomes for people, the economy, and society as a whole.

Mr Howlin said savings would be reinvested in improved resources and reform dividends would underpin and sustain the agenda of reform.

He pledged that a rationalisation of State agencies will be completed by the end of the year.

The reform document advocates increased digital delivery of services and better sharing of data across the public service.

To address data protection issues that may arise, it also introduces a Data Sharing and Governance Bill.

The rollout of the Public Services Card will be accelerated and possibly extended to other transactions.

Postcodes will be introduced by the summer of 2015.

There is to be further amalgamation of functions such as payroll and pensions in shared services initiatives.

Among the functions that may be considered for outsourcing are debt management and medical assessments.

It is hoped better procurement practices could deliver savings of €500m over three years.

The State currently spends around €100m a year on leases.

By the end of this year, all post-primary schools will have access to broadband.

In health, there will be a review of the Fair Deal nursing home scheme with a view to providing more financial support for home care.

There are also measures to facilitate the transition to universal health insurance.

The Department of Health has also pledged to provide a free GP service to the entire population by early 2016.

A Patient Safety Agency is to be established on an administrative basis in 2014, initially within the HSE structures.

However, over the same period, the demand for services has risen dramatically.

Another 600,000 people are now eligible for medical cards, bringing the national total to 1.8 million or 40% of the population..

The employers' group IBEC has called for reform of public sector pensions which it described as a crippling drag on public finances.

He said that while significant reform had taken place in the last two years, much more was needed.

He said pension arrangements for existing public servants must be brought into line with those for new entrants and the norm across the private sector.

He welcomed the commitment to improve data sharing and digital services which could reduce the administrative burden on business.

Head of Research at the Institute of Public Administration Dr Richard Boyle also welcomed the broad thrust of the Public Service Reform Plan.

However, he voiced concerns about the aging profile of the public service due to the lack of recruitment in recent years.

Dr Boyle questioned the leadership capacity within the public service to implement such significant change proposals.

He also said it was unclear how the "reform dividend" outlined by Mr Howlin would operate.

He noted that some initiatives are still at a very early stage of research rather than implementation, and said the detailed actions in today's document were less specific than those outlined in the previous reform plan. 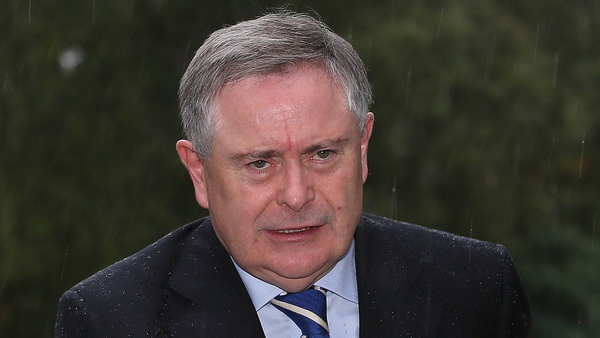