Iraq's prime minister has urged people in the besieged city of Fallujah to drive out al-Qaeda-linked insurgents to pre-empt a military offensive that could be launched within days.

In a statement on state television, Nuri al-Maliki called on tribal leaders to drive out militants who last week seized key towns in the desert leading to the Syrian border.

Two local tribal leaders said meetings were being held with clerics and community leaders to find a way to persuade fighters from the Islamic State of Iraq and the Levant (ISIL) to quit Fallujah and avert further bloodshed.

Mr Maliki promised the army, stationed outside the city, would not attack residential areas in Fallujah as his forces prepare an offensive.

Security officials said Mr Maliki, who is also commander-in-chief of the armed forces, had agreed to hold off an offensive to give tribal leaders in Fallujah more time to drive out the militants on their own.

"No specific deadline was determined, but it will not be open-ended," a special forces officer said of plans to attack.

"We are not prepared to wait too long. We're talking about a matter of days only. More time means more strength for terrorists".

ISIL has emerged in Syria's civil war as an affiliate of the international al-Qaeda network and a powerful force among Sunni Muslim rebels seeking to oust Syrian President Bashar al-Assad.

In Iraq, it has been tightening its grip on Anbar province, a thinly populated, mainly Sunni region the size of Greece, and on the area's main towns, strung along the Euphrates river.

Its stated aim has been to create a Sunni state straddling the border into Syria's rebel-held desert provinces.

The United States said yesterday it would help Mr Maliki fight al-Qaeda but would not send troops back to Iraq.

US Secretary of State John Kerry, in a shift that reflects some recent rapprochement with the Iranian government, suggested that Iran could play a role in forthcoming peace talks on Syria. 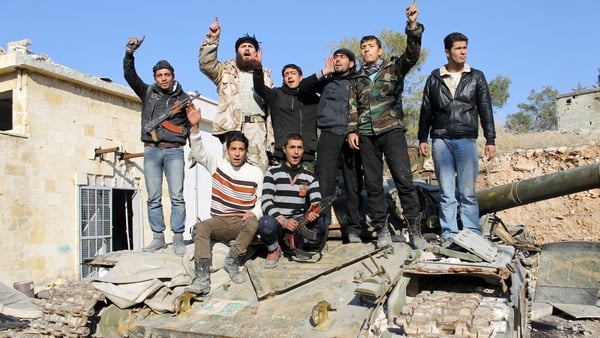