Parts of Cork city and county have been flooded following heavy rain and high tides.

Several parked cars on Father Mathew Street were flooded when the River Lee began overflowing just before high tide which passed at 18.12pm.

Road and street diversions were in place however water levels have now receded.

Tidal flood alerts remain in place for the next three days.

Water levels will be at their highest in Cork at 6.40am and 18.59pm tomorrow.

Police in east Belfast have advised residents to pack their bags for possible evacuation amid fears of a tidal surge.

High water and heavy rain is predicted for midday tomorrow, Saturday and Sunday across Northern Ireland and officers asked members of the public to avoid coastal paths and to drive with extreme caution.

High risk areas include the densely-packed residential streets of Sydenham and Victoria Park in the east of Belfast and around the docks.

Despite earlier warnings, high tide passed without any flooding in Galway.

Galway City Council has issued a flood warning for the next three days and is urging home-owners, motorists and businesses to take precautions.

A number of businesses have placed sandbags in front of their premises in the area around the Spanish Arch. Water levels remain high in the area but have not breached the banks of the Corrib.

In Salthill, high tides and increasing winds are pushing spray over the promenade boundary but there is no flooding or pooling of water.

There is a small amount of residual flooding from the heavy rain of recent weeks at a car park adjacent to Toft Park in Salthill.

Motorists have been advised to move their vehicles from there in case the area floods in the coming days.

The local authority said the main threat of flooding will be in the period around tomorrow morning's high tide. 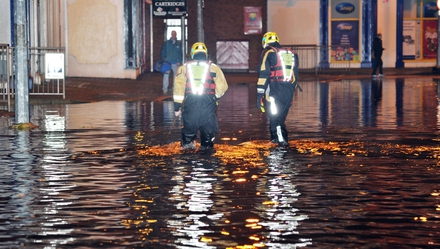 Met Éireann has issued a Status Orange alert for Connacht, Donegal, Clare, Cork, Kerry and Limerick between 5pm this evening and 2pm tomorrow with gusts of 110 to 130km/h likely. There will also be heavy rain and high tides with local flooding in coastal areas.

There is also a Status Yellow alert for Leinster, Cavan, Monaghan, Tipperary and Waterford with gusts of 90 to 110km/h forecast and a risk of flooding in coastal areas.

In Britain hundreds of flood warnings have been issued as heavy rain and wind gusts of up to 100kph are expected to hit western areas of England, Wales, Scotland and Northern Ireland.

As well as 19 severe weather warnings issued when there is a threat to life or property, there are 186 flood warnings and 234 flood alerts across the UK. 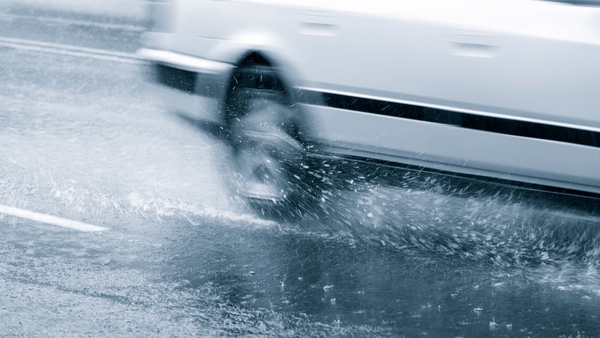