Motorists typically have their eyes off the road for a tenth of the time they are driving, a study in the US has shown.

For 10% of their journey they are eating, reaching for the phone, texting or engaged in other activities that cause concentration to wander away from what is happening beyond the windscreen.

Predictably, teenagers who had recently passed their test were most likely to crash or experience a near-miss as a result of being distracted, according to the US researchers.

But even for experienced adult motorists, the risk of crashing or narrowly avoiding a collision more than doubled if they tried to "dial-and-drive".

Co-author Dr Bruce Simons-Morton said: "Anything that takes a driver's eyes off the road can be dangerous.

"But our study shows these distracting practices are especially risky for novice drivers, who haven't developed sound safety judgement behind the wheel."

The research was carried out at the Eunice Kennedy Shriver National Institute of Child Health and Human Development in Maryland.

To carry out the study, the researchers analysed video footage from cameras installed in the cars of around 150 drivers.

About one quarter were novices who had obtained their driving licences no more than three weeks earlier. The remainder had, on average, 20 years of motoring experience and ranged in age from 18 to 72.

Participants' driving was filmed over a period of 12 to 18 months. Sensors fitted to the cars recorded acceleration, sudden braking, swerving, drifting out of a lane, and other driving data.

When a crash or near miss occurred, the scientists noted whether the driver was engaged in distracting activity.

Instances included drivers talking, dialling, reaching for a mobile phone or another object in the car, altering temperature or radio controls, eating, drinking, looking at something outside other than the road, or adjusting a mirror, seat belt or window.

Generally, drivers had their eyes off the road for about 10% of their time behind the wheel, said the researchers whose findings are reported in the New England Journal of Medicine.

Talking on the phone, in itself, did not increase the risk for either adult or teenage drivers. However, reaching for the phone and answering or dialing made motoring much more dangerous.

Dr Simons-Morton said: "Our data support the current trend in implementing restrictions on texting and cell phone use in vehicles.

"As new forms of technology increasingly are available in cars, it's important that drivers don't feel compelled to answer every incoming call or text." 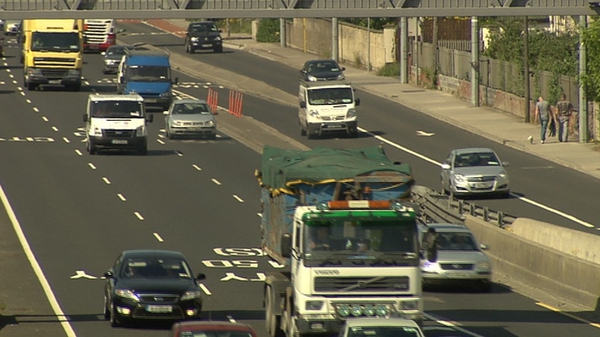