Latvia has become the 18th country to join the eurozone.

The Baltic state enters the eurozone as the single currency bloc marks its 15th anniversary.

Over 333m Europeans now use the euro currency.

Latvia's acting prime minister Valdis Dombrovskis said euro adoption was an opportunity, but not a guarantee of wealth, and the country should not relax its fiscal policy.

"It's not an excuse not to pursue a responsible fiscal and macroeconomic policy," he said after withdrawing the first euro banknote after midnight from a cash machine in Riga.

Mr Dombrovskis has led his country through its worst economic crisis since it left the former Soviet Union in the early 1990s.

The euro switchover ceremony took place at a site where Latvia's crisis began - the former headquarters of the collapsed Parex bank, which is now headquarters of state-owned Citatele bank.

Parex, the country's second-biggest bank by assets, went bust at the end of 2008.

It forced the Baltic state of just 2m people to seek an international rescue to keep its currency, the lat, pegged to the euro at the same rate.

Its government had slashed spending and wages and hiked taxes in one of the harshest austerity programmes in Europe.

Latvia's efforts have won praise from EU policymakers, who have pointed numerous times to the Baltic state as an example that austerity can work.

"Thanks to these efforts ... Latvia will enter the euro area stronger than ever, sending an encouraging message to other countries undergoing a difficult economic adjustment," European Commission President José Manuel Barroso said yesterday.

However, a few concerns remain.

The European Central Bank has warned Latvia that the high level of foreign deposits, mostly from Russia, in Latvian banks was a risk factor.

Latvia also enters the eurozone without a permanent government after Mr Dombrovskis resigned in December, taking political responsibility over a supermarket collapse in Riga that killed 54 people.

Restrictions lifted for Bulgaria and Romania

Citizens of Bulgaria and Romania can work without restrictions across the European Union from today.

Transitional controls imposed by nine other member states, including the UK, to prevent mass migration lapsed at midnight.

Their rights to work and claim benefits were limited for the first seven years of EU membership.

The authorities in Bucharest and Sofia say there would not be mass emigration, and that many of those who wanted to leave the country to seek work had already done so. 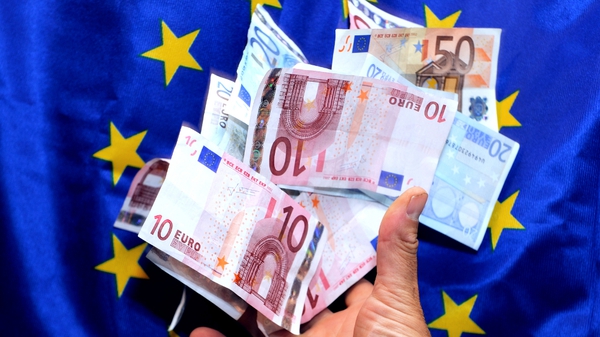 Latvia gets clearance to become 18th euro member from next year