Bad weather and a complex multinational procurement effort for equipment have also delayed the operation, an official from the Organisation for the Prohibition of Chemical Weapons said.

Syria agreed to abandon its chemical weapons by next June under a deal proposed by Russia and hashed out with the United States.

The deal came after a sarin gas attack on 21 August that Western nations blamed on Assad's forces.

Damascus agreed to transport the "most critical" chemicals, including around 20 tonnes of mustard nerve agent, out of the Mediterranean port of Latakia by 31 December to be safely destroyed abroad away from the war zone.

The Special Coordinator of the OPCW-UN Joint Mission, Sigrid Kaag, told Reuters in Damascus yesterday that the OPCW is "comfortable in the knowledge that all the work is about to be completed" but she did not say how long the delay will last.

Ms Kaag said on Sunday the deadline will not be met, citing technical delays.

On Monday, she said there had been delays at customs, without elaborating further.

The Syrian government is responsible for the safe packaging, transport along roads to Latakia - including the main highway from the capital - and removal of chemical weapons.

Government forces took back control this month of the highway linking Damascus to the coast, which is needed to transport the toxins.

Rebels were ousted from three towns along the road, but activists say convoys moving along it will remain vulnerable to rebel ambushes.

Damascus "needs to plan for any eventuality in the journey from different sites to Latakia and in Latakia itself," she said.

"This is a very complex management exercise over and above the fact that it is a chemical weapons programme that has to be destroyed at a time that a country is at war," she said.

Despite the delay, Ms Kaag said "progress is very strong" and there is "a clear determination by all parties to achieve success". 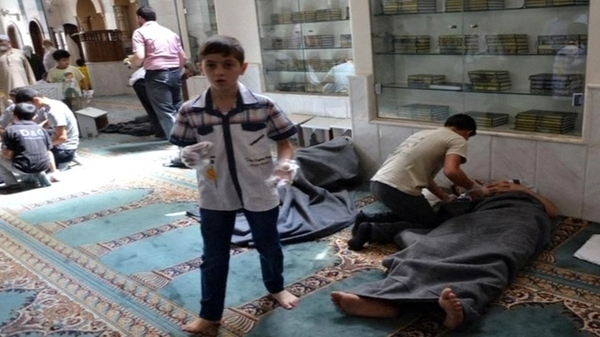