South Sudan's government and rebels have sent delegates to peace talks in Ethiopia, according to officials.

Both sides are said to have agreed on a cessation of hostilities, according to the East African regional bloc known as the Intergovernmental Authority on Development (IGAD).

The talks are set to focus on how to monitor a ceasefire and solving political problems that led to crisis.

South Sudan's neighbours had given the warring sides until today to lay down their arms and begin talks.

Rebel leader Riek Machar agreed to the talks earlier in the day.

Unrest in the world's youngest country has killed more than 1,000 people in the past two weeks and displaced close to 200,000, raising the spectre of civil war and unnerving oil markets.

The African Union threatened sanctions last night against those inciting the violence and hampering international efforts to negotiate an end to the fighting, which risks drawing in other countries in eastern Africa.

The clashes erupted on 15 December with fighting among a group of soldiers in Juba.

The violence quickly spread to half of the country's ten states, splitting the nation along the ethnic fault line of rebel leader Riek Machar's Nuer group and President Salva Kiir's Dinka.

There was no immediate confirmation of the pact from other nations.

But President Museveni's words demonstrated the scale of regional worry over the fighting, which has reached some of South Sudan's oil fields, forcing a cut in output. 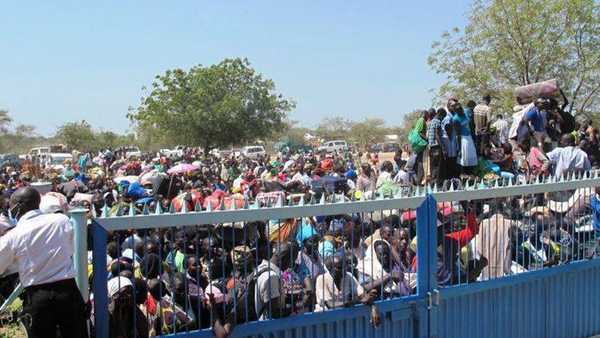