Passengers on a Russian ship stranded in Antarctica for over a week are likely to ring in the New Year trapped in the ice, as poor weather delays rescue efforts.

A rescue helicopter on a nearby Chinese ship is waiting for continuing blizzard conditions to clear.

The helicopter on board the Snow Dragon will be used after an Australian icebreaker yesterday failed to reach the trapped Akademik Shokalskiy, the Australian Maritime Safety Authority (AMSA) said.

"Weather conditions are unlikely to start improving until tomorrow and decisions related to carrying out the rescue may be made at short notice," it said.

The Russian ship left New Zealand on 28 November on a private expedition to commemorate the 100th anniversary of an Antarctic journey led by famed Australian explorer Douglas Mawson.

The Akademik Shokalskiy's 74 passengers and crew include scientists and tourists, many of them Australian, and 22 Russian crew.

Expedition leader Chris Turney said the last week had been "sobering" but morale was good.

"We are all keeping busy, with twice daily briefings outlining all the information we have to hand, alongside classes through the day (knot tying, languages, yoga, photography and many others) while the science programme has continued as best we can," he said on a blog for the expedition.

Rescuers plan to move all of the 52 passengers from the ship to the Snow Dragon, with most crew members expected to stay on the Russian ship, AMSA said.

The Chinese ship got within sight of the Akademik Shokalskiy on Saturday, but turned back after failing to break the ice, which was more than three metres deep in places. 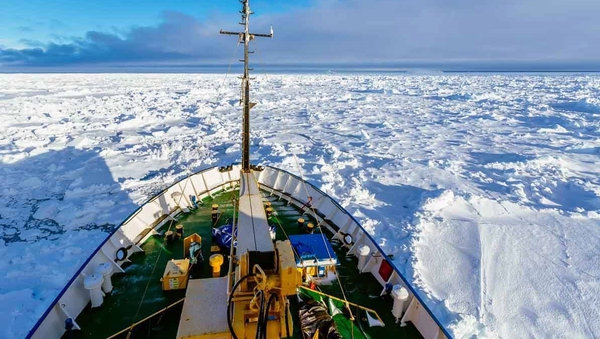