A number of Northern Ireland's political parties are meeting former US diplomat Richard Haass for further discussions on contentious issues in the peace process.

First Minister and DUP leader Peter Robinson met Dr Haass last night, as the DUP does not negotiate on a Sunday.

Mr Robinson said he remains hopeful an agreement can be reached.

Deputy First Minister Martin McGuinness said it was imperative that politicians make every effort to reach an accord.

Dr Haass and Professor Meghan O'Sullivan returned to Belfast yesterday to try to reach a deal with the main political parties on the issues of flags, parades and how to deal with the past.

Dr Haass said yesterday that a deal was close, but it must be reached tomorrow.

The plenary session of the talks involving Dr Haass and the main political parties which was due to begin at 6am tomorrow has been put back and is now scheduled to start at 10am.

The Obama administration has urged politicians to compromise on a deal.

US National Security Council spokeswoman Caitlin Hayden said: "Initiating these talks demonstrated the commitment of the parties and people of Northern Ireland to move forward on tough issues. We are confident that a solution can be reached if there is political will on all sides.

"We call upon the leadership of the five parties to make the compromises necessary to conclude an agreement now, one that would help heal the divisions that continue to stand between the people of Northern Ireland and the future they deserve." 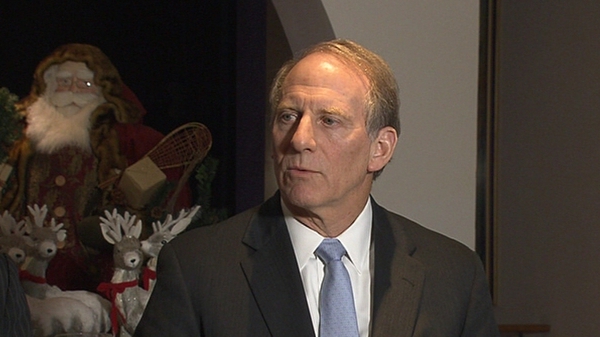