A Turkish court blocked a government attempt to force police to disclose investigations to their superiors, officials said.

It is a setback for Prime Minister Tayyip Erdogan's attempts to manage fallout from a high-level corruption scandal.

After months of secretive graft probes, police on 17 December detained dozens of people, among them the sons of three ministers and the head of state-run Halk bank.

The ensuing crisis has been unprecedented in Mr Erdogan's three terms, triggering cabinet resignations and a reshuffle and spreading speculation he may call snap elections next year.

On 21 December it issued a new rule requiring police to share their findings from the graft investigation with their superiors.

The Council of State, an Ankara court that adjudicates on administrative issues, blocked implementation of the regulation, a Justice Ministry official said

Yesterday, Turkish prosecutor Muammer Akkas said he had been removed from the case and accused police of obstructing it by failing to execute his arrest warrants.

Turkey's chief prosecutor responded that Mr Akkas was dismissed for leaking information to the media and failing to give his superiors timely updates on progress.

Such regulations, tightened at the weekend on government orders, incense Turks who see an authoritarian streak in Erdogan and took to the streets in mass-protests in mid-2013.

The High Council of Judges and Prosecutors, a Turkish body which handles court appointments independent of the government, threw its weight behind the criticism on Thursday.

The latest requirement that police investigators keep their superiors informed amount to "a clear breach of the principle of the separation of powers, and of the Constitution," it said. 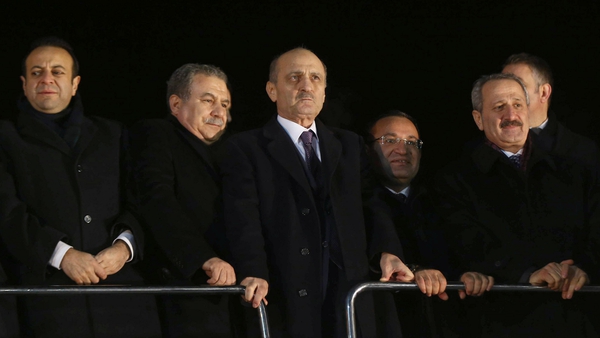