The chairman of Ireland's political standards watchdog said he was "extremely disappointed" after receiving a letter from Minister for the Environment Phil Hogan accusing the agency of acting outside its legal powers.

The minister wrote to the Standards in Public Office Commission earlier this week saying it was acting "ultra vires", RTÉ's This Week has learned.

The minister was responding to a set of proposals submitted by SIPO containing new guidelines on how political parties manage their accounts.

Mr Hogan has refused to give SIPO permission to proceed with introducing the new guidelines, which it had hoped to be in place for the parties' 2014 accounts.

It is understood that one of the proposed measures that the minister did not agree with was a series of wide-ranging new accounting rules for political party branches.

In a letter responding to the minister today, SIPO Chairman Mr Justice Matthew P Smith said that almost €1 million in monies held in accounts run by Fine Gael, Fianna Fáil and Labour's smaller units would possibly go unaccounted for if the proposed new measures were not sanctioned.

The total turnover of Fianna Fáil's top eight accounting units amounted to €162,000 in that year.

Similarly, the top five Labour party accounting units had a turnover in the year of €164,000.

"Were these accounting units not to be included in the political party accounts an amount of at least €984,000 would be unaccounted for," Mr Justice Smith told the minister, in the letter dated 20 December 2013.

"The commission is concerned that should accounting units not be included in the political party accounts then it would be impossible to say that the accounts disclose with reasonable accuracy the financial position of the party."

He invited the minister to share the legal advice that was the basis for his opinion with SIPO.

SIPO had hoped to introduce the new rules to cover 2014 accounts, but as a result of the minister's intervention, the new guidelines cannot come into force until 2015 at the earliest, as SIPO has missed a deadline to publish the updated rules in Iris Oifigiúil by the end of this year.

A spokesman confirmed to This Week that the deadline to have placed a note in Iris Oifigiúil had passed yesterday at 2pm without the agency being in a position to announce the changed rules for party political funding.

In correspondence to SIPO last August, Fine Gael had also objected to the same measure that fell foul of the minister.

It is understood that SIPO obtained legal advice before submitting the proposed changes to the minister and that the agency was advised that the new rules would not be in breach of their remit.

Meanwhile, two key positions in the board of SIPO have now fallen vacant despite the agency informing the Department of Public Expenditure that the posts were soon to be left idle.

This includes the position of chairman, which up until today was filled by former High Court judge Mr Justice Smith.

While SIPO can appoint one of its sitting members to act in a chairmanship role in the interim, well-placed sources said it would struggle to advance any ongoing or potential investigations against any member of the Oireachtas in the absence of a full complement of board members. 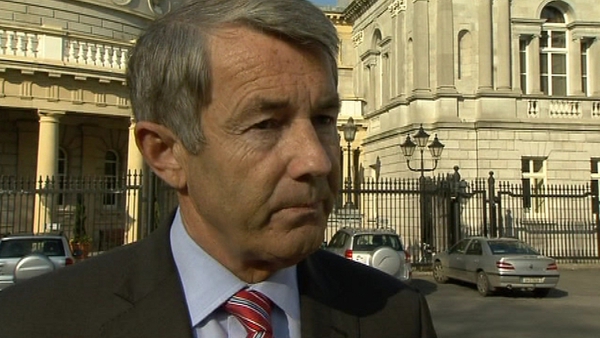