The United States has sent two detainees held at Guantanamo Bay back to their native Sudan, the US Defense Department said.

They are the latest transfers in a effort toward eventually closing the controversial prison.

The Cuba-based facility was set up to house foreigners rounded up in counter-terrorism operations in the wake of the 11 September 2001 attacks on New York and Washington, which killed nearly 3,000 people.

President Barack Obama had promised to shut Guantanamo during his 2008 presidential campaign, saying it had damaged the reputation of the US abroad.

But Mr Obama has been unable to do so since taking office, in part because of resistance from Congress.

Noor, who asked to be called by his first name, had already been held at Guantanamo for nearly nine years when he pleaded guilty in February 2011 to conspiring with al Qaeda and providing material support for militants.

He admitted he was a weapons trainer at the Khaldan paramilitary camp in Afghanistan from 1996 to 2000.

In exchange for a guilty plea and cooperation with prosecutors he was given a 34-month sentence that ended on 3 December.

Idris, who had not been charged with a crime, was ordered freed by a US district judge in early October after his lawyers argued he was too mentally and physically ill to pose a threat.

Idris, who suffers from diabetes and other health problems, was diagnosed with schizophrenia soon after his arrival at Guantanamo in 2002 and has spent a large part of the last decade in a psychiatric ward.

A 2008 US military assessment found he was one of Osama bin Laden's international couriers in the 1990s and later became a top doctor at al-Qaeda's al Farouq training camp in Afghanistan.

There was no immediate information on the post-transfer medical care arrangements for Idris, who suffers from auditory and visual hallucinations.

The transfers follow the repatriation of two prisoners to Saudi Arabia and two more to Algeria earlier this month.

Amnesty International's Zeke Johnson praised the release but said the progress was not fast enough.

"(President Obama's) administration has the authority under current law to do it and half the people still held are cleared to leave," said Mr Johnson, director of the security and human rights programme. 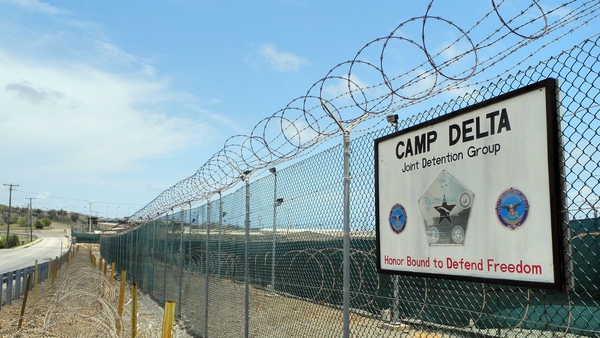 US to transfer two Guantanamo detainees to Algeria