European finance ministers have agreed on a broad blueprint for a banking union to close failing banks, before they can damage the wider economy.

The agreement gives the EU new supervisory powers to shut down problem banks as soon as the European Central Bank starts to police them next year.

The project's aim is to prevent a repeat of the turmoil when failing banks in countries from Ireland to Cyprus brought their states to the brink of bankruptcy.

The deal lays the groundwork for the banking sector to pay into funds for the closure of failed lenders, amassing roughly €55bn over ten years.

It involves input from a new agency empowered to shut banks, the European Commission and up to 18 eurozone countries.

He was asked if it strengthened Ireland's position on getting a deal on debt, because the deal asserts that the banking industry rather than the taxpayers should pay for a bust.

Mr Kenny said: "From Ireland's point of view, we have moved-on significantly from where we were."

The final touches to the deal will be made during negotiations with the European Parliament next year.

Minister for Finance Michael Noonan welcomed the successful conclusion of the long-running negotiations.

He said: "The funding of the ultimate backstop is the banking industry across Europe - not the sovereign taxpayer or the European taxpayer that picks up the tab in the end."

Mr Schaeuble, however, emphasised that new rules to impose losses "first and foremost" on a failing bank's investors and creditors reduced the need for governments to step in.

Meanwhile, European Parliament President Martin Schulz has said Ireland should be helped rather than punished for the "huge achievement" of emerging from its bailout programme.

Speaking in Brussels, Mr Schulz said the debt burden shouldered by the Irish people in rescuing its banks had prevented a "domino effect" that could have collapsed the European banking system.

He said he, and the other members of the European Parliament, would like to see the promises made to Ireland regarding debt assistance now being honoured.

Mr Schulz said MEPs "know that the sacrifices that have been made by the Irish people" and there was "every respect for what the country has done".

He told a news conference: "Ireland is emerging from the programme, so we have to help Ireland to bring about the restabilisation of its economy and its State budget.

"You are emerging from the programme stage - this is a major step forward. They [the Irish] are not out of the woods yet, but this is a big step forward that Ireland has taken." 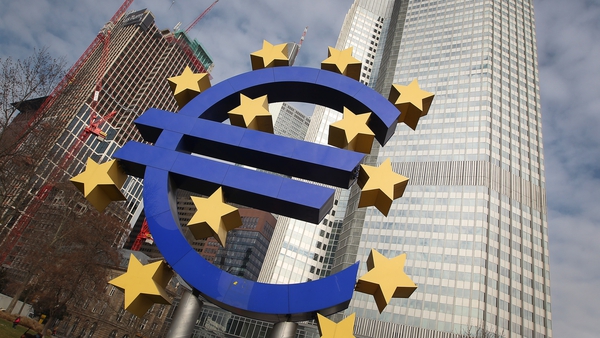