The Referendum Commission has said consideration should be given to a review of how ballot papers are designed after it found significant confusion among voters in the recent Seanad referendum.

It said 55% of those it surveyed after last October's vote said it was quite difficult or very difficult to tell from the ballot paper what they were being asked to vote for.

In its report to Government on the referendum, the commission said consideration should be given to a review of the format of the ballot paper in the future.

The commission is the organisation responsible for issuing information during referendums.

Some voters were perplexed by the wording of the question being put, where a Yes vote was not a Yes to keep the Seanad, but rather it was a Yes for its abolition.

The Referendum Commission polled 1,000 people four days after the vote and the research shows 13% of those surveyed who said they voted Yes actually wanted to retain the Seanad.

The commission said 6% of those surveyed who said they voted No wanted to abolish it.

It recommends the referendum process should be reviewed to ensure that it conforms to international standards, which requires that the question put to voters be clear and not misleading.

Under the current rules, the title of the bill containing the proposals must be on the paper.

The commission notes if its research findings are accurate, the outcome of the referendum would have remained the same and the margin of rejection would have been slightly greater.

It also said it had a budget of €3.3 million for its information campaign on the Seanad and Court of Appeal referendums.

It recommended the commission have a permanent legal status, as opposed to being dissolved after each referendum campaign.

The commission said low voter turnout is a matter for serious concern.

Meanwhile, the Taoiseach has ruled out holding another referendum on the abolition of the Seanad.

Enda Kenny has also ruled out a referendum on changes to the internal workings of the upper house.

He said the commission's findings over ballot paper confusion would have to be looked at.

Mr Kenny said all the proposals about Seanad reform since 1937 will now be considered by the Seanad Committee on Procedure and Privileges.

He said legislation is being drafted to to give effect to the 1979 referendum extending the franchise to all third level graduates.

Mr Kenny met party leaders this morning on the issue of Seanad reform. 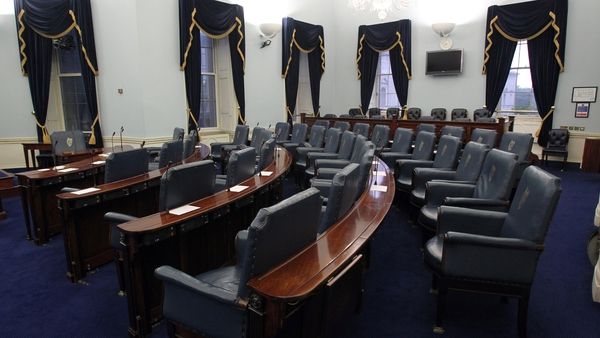