Aer Lingus has threatened to take legal action against the SIPTU trade union if it proceeds with a ballot for industrial action in a row over the pension scheme.

SIPTU has already announced its intention to ballot for industrial action at the Dublin Airport Authority and Aer Lingus.

They share a joint pension scheme, known as the Irish Aviation Superannuation Scheme, which has a deficit of around €780m.

The union has already indicated that it will not take any industrial action until well after the Christmas period.

In a letter to SIPTU official Dermot O'Loughlin today, Aer Lingus Director of Change and Engagement Sean Murphy wrote that any process of balloting staff for industrial action would be premature, unnecessary and a flagrant breach of existing agreements on resolving disputes.

He said Aer Lingus must reserve the right to take all necessary steps, including legal action, to prevent the ballot proceeding in any way that would cause irreparable loss and significant commercial damage to the company.

He said this would make the resolution of the pension dispute even more difficult.

Mr Murphy calls on SIPTU to confirm that no further steps will be taken towards holding the ballot of staff.

He concluded by reiterating the Aer Lingus position that its contribution of €110m will be sufficient to support the target pension benefits set out in a Labour Court recommendation aimed at resolving the row.

Both management and unions accepted the Labour Court proposal, but it was subsequently rejected by the Pensions Board. 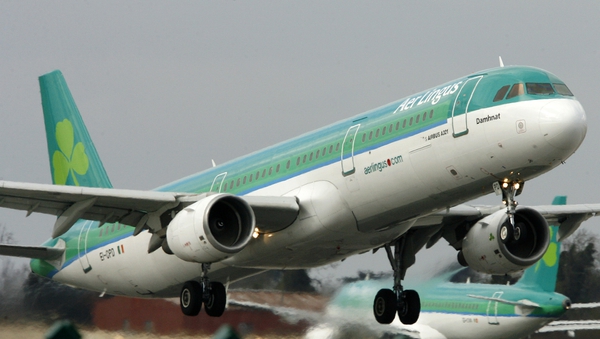