A leaked bailout report by the European Commission has suggested that a larger budget adjustment than planned may be required for 2015.

According to sections of the report seen by RTÉ News, the commission says that a commitment to bring the government deficit below 3% of GDP by 2015 is not yet underpinned by broad policy measures.

The report says current predictions are relying on the assumption of an adjustment of €2bn for 2015.

However, the European Commission draft report suggests that based on the Troika's forecasts, a larger fiscal adjustment of around €2.5bn may be required to reach the deficit target.

The report comes days before Ireland exits the bailout programme and ahead of the publication of the Government's medium-term fiscal plan next week.

Government sources say the report was written before the end of November exchequer returns, which were better than expected.

Overall, the report says Ireland has performed very well under the bailout programme. It says implementation of the programme has remained strong overall.

It also says that around one third of the health savings for 2013 will not be achieved due to implementation delays. Savings from other departments are necessary to keep the overall expenditure in line, it adds.

The commission notes that procedures have been put in place to deal with mortgage arrears but it still has concerns in this area. It notes that courts do not have the resources to process what it believes will be the "upcoming wave of legal cases".

It states that the banks' profitability has improved but the outlook remains challenging for some institutions due partly to the large number of tracker mortgages on their books.

Meanwhile, the Government is to mark the departure of the Troika with a series of ministerial briefings and presentations on Friday, two days before the official date of 15 December.

Neither the Taoiseach nor the Tánaiste will be involved in the events. 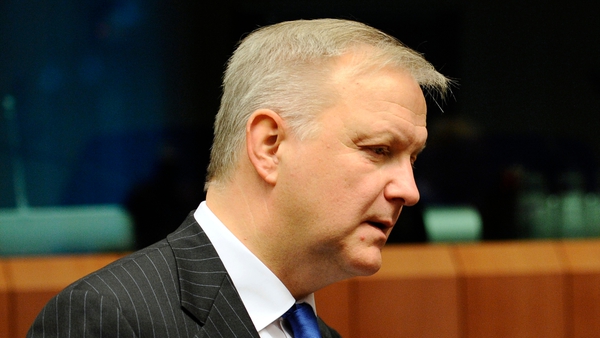