French troops have advanced deeper into the Central African Republic to try to restore order after hundreds of people were killed by Christian and Muslim militia groups.

Attacks on civilians continued for a third day yesterday.

Groups of heavily armed gunmen sped around its streets after the expiry of a 3pm deadline for all forces.

The only exception was for foreign peacekeepers and the presidential guard, to return to barracks.

France is deploying 1,600 troops to its former colony, while the African Union says it will almost double its peace-keeping force by sending in an additional 3,500 troops.

The Central African Republic has been in turmoil since a coalition of rebel fighters known as Seleka overthrew the government in March.

Seleka installed their own chief as president - the first Muslim leader of the majority Christian country.

An estimated 10% of the country’s 4.6 million people have fled their homes.

According to the United Nations more than a million people urgently need food. 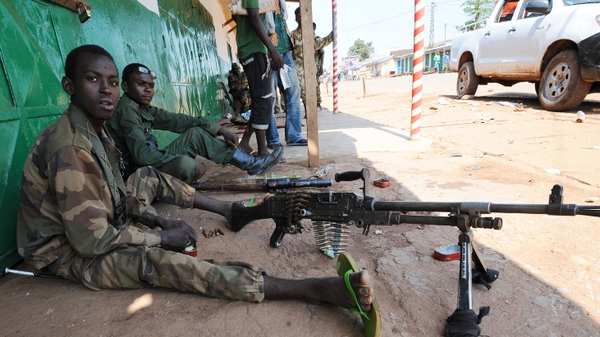