More than 2,000 Marks & Spencer workers across Ireland are to strike tomorrow in a row over a pension scheme.

Mandate, which represents the majority of the 2,300 staff in the company, says the action is in response to the closure of the workers' pension scheme without agreement.

On 29 November the workers voted by a margin of 94% in favour of strike action.

There will be two further days planned before Christmas.

Mandate says workers were informed by the company at the end of October that their retirement fund would be a "discretionary benefit".

They accuse the company of closing the defined benefit scheme without agreement.

The workers also say that the company introduced a range of cost-saving measures including a reduction in certain premium payments and the elimination of the Christmas bonus.

Mandate says the pension scheme is performing and is in surplus to the tune of approximately €17m. 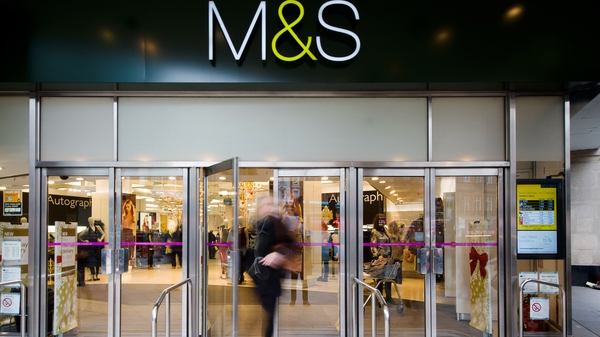