Jailed Ukrainian opposition leader Yulia Tymoshenko has ended a hunger strike after 12 days, according to her daughter Yevgenia.

Former prime minister Tymoshenko was jailed in 2011 for abuse of office over a gas deal signed with Russia.

She had announced a hunger strike in support of opposition protests against the Ukrainian government's decision to spurn a landmark trade pact with the European Union.

"At the request of the square, she has ended the hunger strike," Yevgenia said, referring to the protest camp on Kiev's Independence Square.

Meanwhile, the Ukrainian president, Viktor Yanukovych is stopping off in Russia for talks with Russian President Vladimir Putin.

Mr Yanukovych had been due to return home today to his troubled country after a four-day official visit to China.

Ukraine is in turmoil following his government's decision to pull back from a landmark pact with the EU and to opt instead to align trade policy closer towards Russia.

There is strong speculation that he has struck a bargain with Mr Putin for supplies of cheaper Russian gas and possibly credits in return for dropping the EU trade pact.

In Moscow there was no immediate confirmation of the meeting between the two leaders in Sochi on Russia's Black Sea coast.

In Beijing, Mr Yanukovych announced deals which may bring $8 billion (€5.9 billion) in Chinese investment but these are unlikely to meet the economy's short-term cash needs.

A former economy minister who is now an opposition leader, Arseny Yatsenyuk, warned of more turmoil if there are further steps taken towards entering the Russian-led customs union which Moscow wants Ukraine to join. 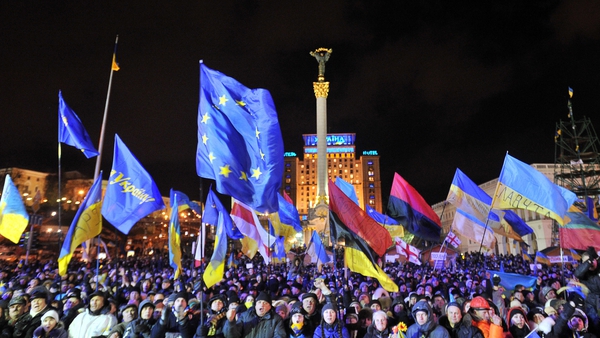