At least 12 civilians have been killed and a further 30 wounded in the Central African Republic according to reports from the United Nations.

This latest wave of violence comes ahead of planned moves by the UN Security Council to end anarchy in the country.

The Council is to vote on Thursday on whether to dispatch French reinforcements to restore order in Central African Republic, which has slipped into chaos since mainly Muslim rebels seized power, leading to tit-for-tat sectarian violence.

The United Nations office in the capital city of Bangui said unidentified armed men had targeted Boali, about 95 km from the capital at the weekend.

The UN office did not give details on who was responsible but it warned of tensions between communities leading to "a climate of increasing violence" in the impoverished country, which is majority Christian.

Amy Martin, head of the UN Office for the Coordination of Humanitarian Affairs in Bangui, said the attack occurred on Monday and that Christian militias known as "anti-balaka" appeared to have targeted Muslim civilians.

Prospere Ndouba, an adviser to Michel Djotodia, the rebel chief who is now serving as interim president, said anti-Seleka youth backed by supporters of ousted president Francois Bozize were responsible for the Boali attack.

Debate on foreign intervention in the mineral-rich country, welcomed by its new president, has intensified in recent weeks.

France has begun dispatching reinforcements to its former colony, where it will have around 1,000 troops to support an African force so far struggling to contain the fighting.

The defence ministry said there are now 600 French troops in Bangui and that 350 new troops have arrived in neighbouring Cameroon.

"They (French troops) are coming to help us re-establish stability, to re-establish peace, to bring law and order," Mr Djotodia said in an interview last week.

Amnesty International has urged the U.N. to assemble a peacekeeping force to prevent further civilian deaths.

Around 460,000 people, a tenth of the population, have fled the sectarian violence since the Seleka rebel coalition, a loose alliance of warlords accused of human rights violations, seized power in March. 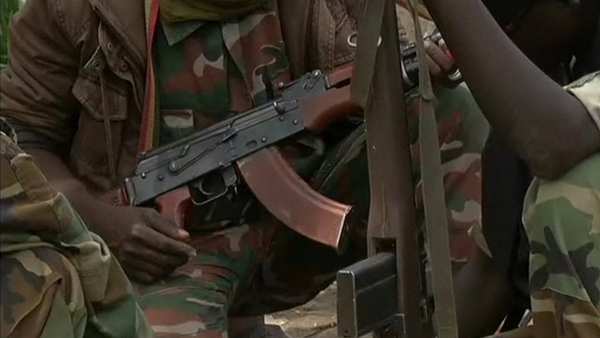