Chairman-designate of EirGrid John O'Connor has "refuted emphatically" that he would have a conflict of interest in taking up the role with the company given that he was previously chairperson of An Bord Pleanala.

Mr O'Connor is appearing before the Oireachtas Transport and Communications Committee to give his views on plans for his new role.

Under the Programme for Government those being proposed for appointment as chairpersons of State boards are required to make themselves available to appear before the appropriate Oireachtas Committee.

Mr O’Connor gave a detailed outline of his career to date, which has included 35 years in the Department of the Environment where he held a number of positions on the boards of the Housing and Finance Agency, Temple Bar Properties, and the Dublin Docklands Development Authority as well as Chair of An Bord Pleanála.

Speaking about his new role with EirGrid, he said that taking up the chairmanship of such a company is a "daunting prospect".

Independent TD Mattie McGrath has said Mr O'Connor should not be appointed to the job as he would prefer the role was given to a younger person.

Mr McGrath said: "I don't think you are fit for the job" and while not wanting to offend Mr O'Connor he told him "it is time you retired".

Committee Chairperson John O'Mahony warned Mr McGrath that he was not meant to bring up issues such as a person's age before the Committee.

Mr O'Connor pointed out that he did not seek the job and instead he was approached about the position.

Fine Gael TD Patrick O'Donovan asked Mr O'Connor: "Would you like to live beside a pylon yourself?"

He replied; "I wouldn't to be honest with you. Who would?"

Mr O'Connor said no region of the island should be disadvantaged in competing for investment because of an inadequate electricity infrastructure.

Speaking about the controversial Grid25 project, Mr O'Connor said that he will work with the board to ensure the company plans projects to minimise the effect on the environment, and the natural and built heritage.

He strongly supports public consultation as indispensible element of this. Every issue raised during consultation will be dealt with in a fully transparent manner, he said.

Mr O'Connor added that it should be noted it is not EirGird that makes the final decisions on these matters.

He said An Board Pleanala is "the totally independent arbiter" of these matters.

Given that he was a previous Chairperson of An Bord Pleanala, he "refuted emphatically" that he would have a conflict of interest in taking up the role with EirGrid.

He said that his position as Chairperson of An Bord Pleanála ended in June 2011 and since that date he has had no involvement with the Board and his involvement now is the same as any other citizen.

He said undergrounding has been put very strongly in public consultations and will be dealt with in the report of those consultations.

Mr O’Connor said if people are looking for independent information, that is something that Eirgrid will have to look into but he would not go beyond that. 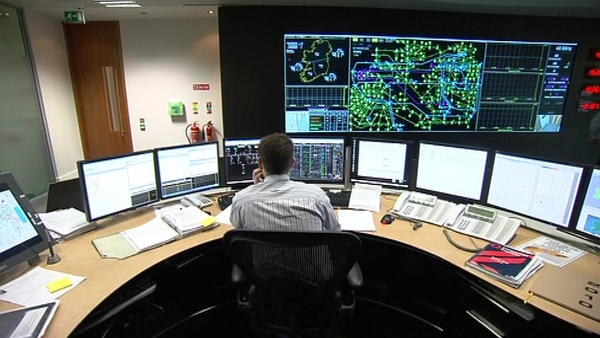