Royal Bank of Scotland, which owns Ulster Bank, today admitted that it had failed to invest properly in systems for decades as its chief executive apologised for an embarrassing IT failure on the busiest online shopping day of the year.

The glitch left customers of Ulster Bank, RBS and its NatWest subsidiary unable to use credit and debit cards for three hours yesterday evening,

The banks' websites and smartphone apps were also affected.

"Last night's systems failure was unacceptable. Yesterday was a busy shopping day and far too many of our customers were let down, unable to make purchases and withdraw cash," RBS CEO Ross McEwan said.

"For decades, RBS failed to invest properly in its systems. We need to put our customers' needs at the centre of all we do. It will take time, but we are investing heavily in building IT systems our customers can rely on," he stated.

"I'm sorry for the inconvenience we caused our customers. We know we have to do better. I will be outlining plans in the New Year for making RBS the bank that our customers need it to be. This will include an outline of where we intend to invest for the future," he added.

Last night's technical problem left hundreds of thousands of Ulster Bank customers unable to access their accounts or carry out transactions last night has been resolved.

The bank apologised for the outage and said anyone out of pocket as a result would be compensated.

The problems began around 6.30pm yesterday when an IT problem struck Ulster Bank's sister company NatWest. It acts as the processor for the banks in the RBS group, which Ulster Bank belongs to and as a result Ulster, NatWest and RBS were all affected.

Customers reported being unable to withdraw cash from ATMs, carry out debit card transactions and access their accounts through online and telephone banking.

Last night's incident was the latest in a string of computer meltdowns for RBS. It came on so-called Cyber Monday, when retailers expected the highest number of online transactions to take place ahead of Christmas.

RBS said today that services had returned to normal, apologised to customers, and said it would cover those left out of pocket.

RBS said the problems had lasted for about three hours, and that, while the cause was still being investigated, it was known to be "completely unrelated" to high volumes of usage on the day.

In May, another glitch left RBS and NatWest customers using mobile apps unable to access their accounts online.
It followed a major fiasco in June last year which saw payments go awry, wages appear to go missing and home purchases and holidays interrupted - and cost the group £175m sterling in compensation.

Chief executive Stephen Hester announced that he would forgo his annual bonus at the time in the light of the problems. He was recently succeeded by Mr McEwan, who ran RBS's retail arm from August 2012 to September 2013.

The new boss admitted last month that the bank still receives far too many complaints "often on issues that would never arise if our systems and processes were more effective". 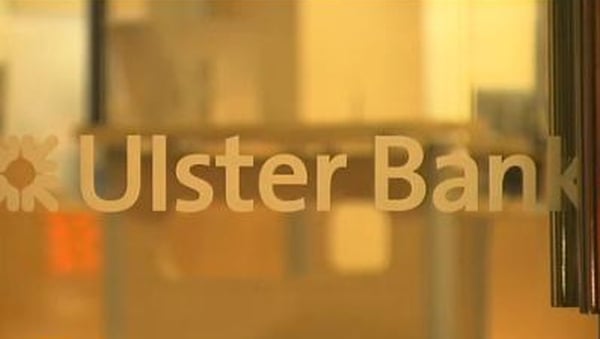